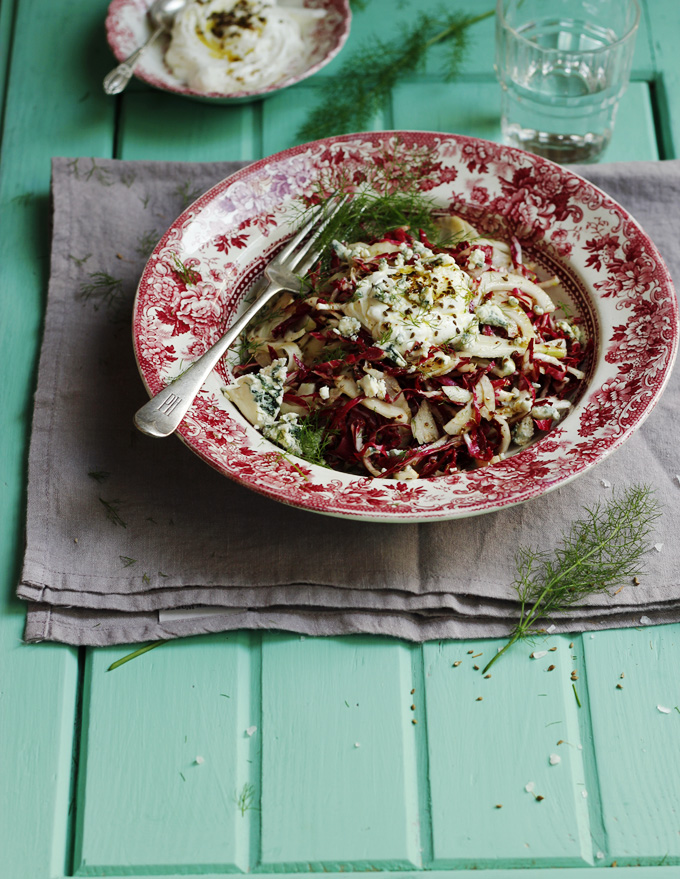 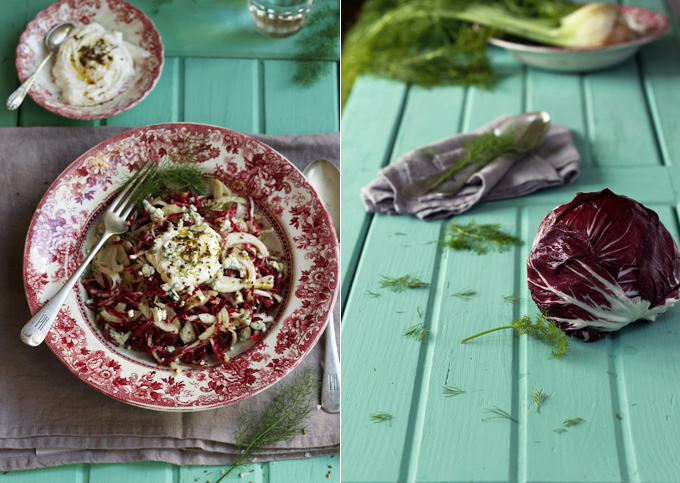 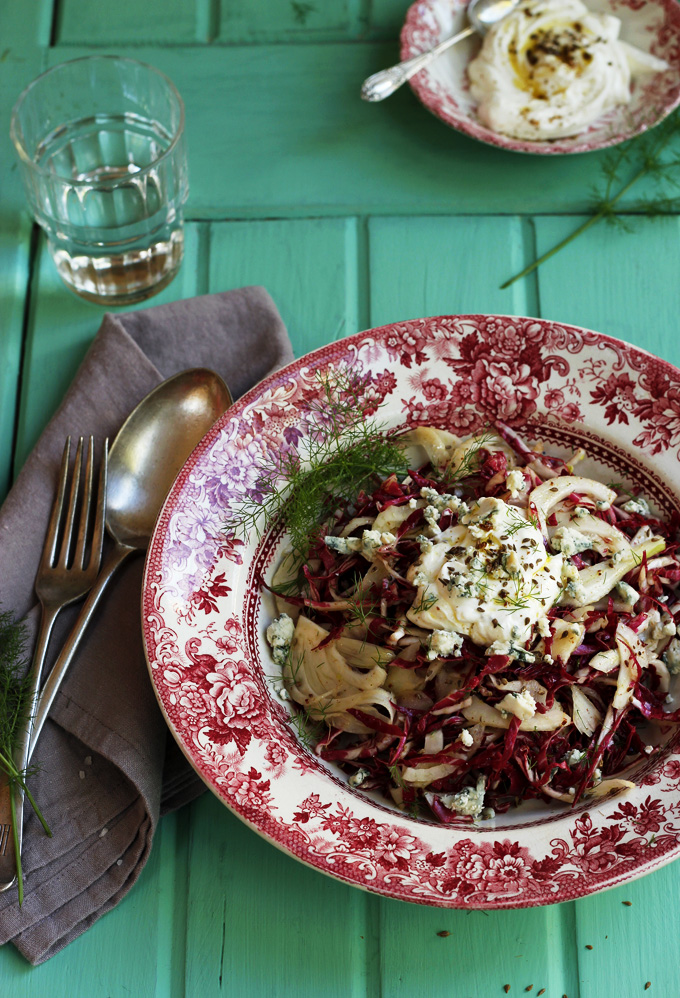 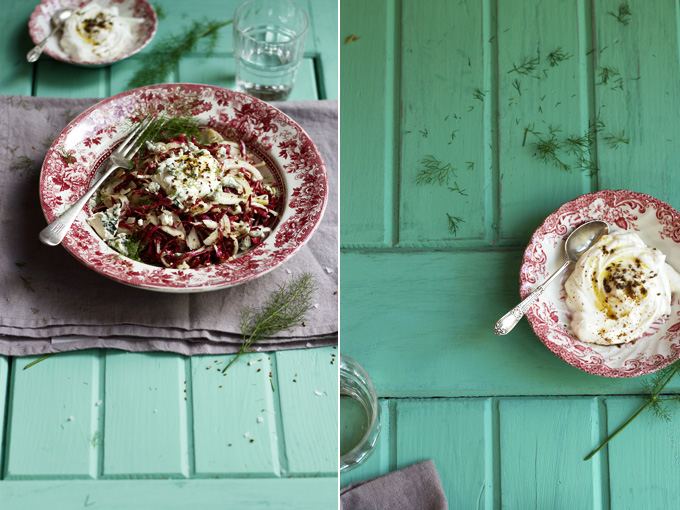 A winter slaw in wintry weather? Strangely, it worked a treat despite the chill wind that doth blow today and all last night too. It’s been whistling down from the North East, from the Alps perhaps, swirling its way across the Balkans before heading at speed across the Mediterranean to us here in Malta. Jacob knows all about winds, fronts and isobars! He’s mid revision for exams and geography was on the cards last night. As he puts it, mimicking the geography teacher: “We’re experiencing an arctic continental air mass”! With ‘mass’ pronounced ‘maaaas’ in the geography teacher’s heavily-accented English.

Well, wherever this particular air mass is coming from and whatever it’s name, it isn’t the kind of weather one would think of delighting in eating a salad in. However, and here’s the rub of it, Malta in winter is really a kind of spring of northern Europe as the waysides are thick with wild herbs (not all in flower yet, but growing apace) and the farmers’ market is choc with tempting greenery. Far too good to cook up all the time, so I forayed into using fennel and radicchio raw for once, to ensure I max out on healthy vitamins. Flu is in that air mass too, so I’d rather do what I can to keep it at bay.

Fennel, a favourite of mine, grows wild and is cheap to buy as well here in Malta. A bit pallid though so I used a crimson radicchio, firm and fresh, to accompany it. I adore radicchio, having first come across it 25 years ago in a Tuscan restaurant in Rome’s Trastevere quarter. There, it was served quickly char-grilled, wilted and dressed. Funny how it works both hot and cold.

Add blue or some other crumbly tasty cheese and you’ve a light lunch. This winter slaw is a great accompaniment to pulled pork and homemade burgers as well. 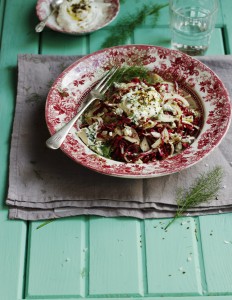 Print
Prep time
15 mins
Total time
15 mins
Crisp to the bite and health incarnate, this vibrant winter slaw of radicchio, fennel and blue cheese is a light lunch in itself. Ideal too as a side or to accompany a homemade burger or pulled pork.
Author: The Red Bistro
Recipe type: Salad & Side
Cuisine: Italian style
Serves: 3-4
Ingredients
Method
3.2.2885
« Banana Walnut Muffins for a Comforting Tea
Lemon Chiffon Cake »