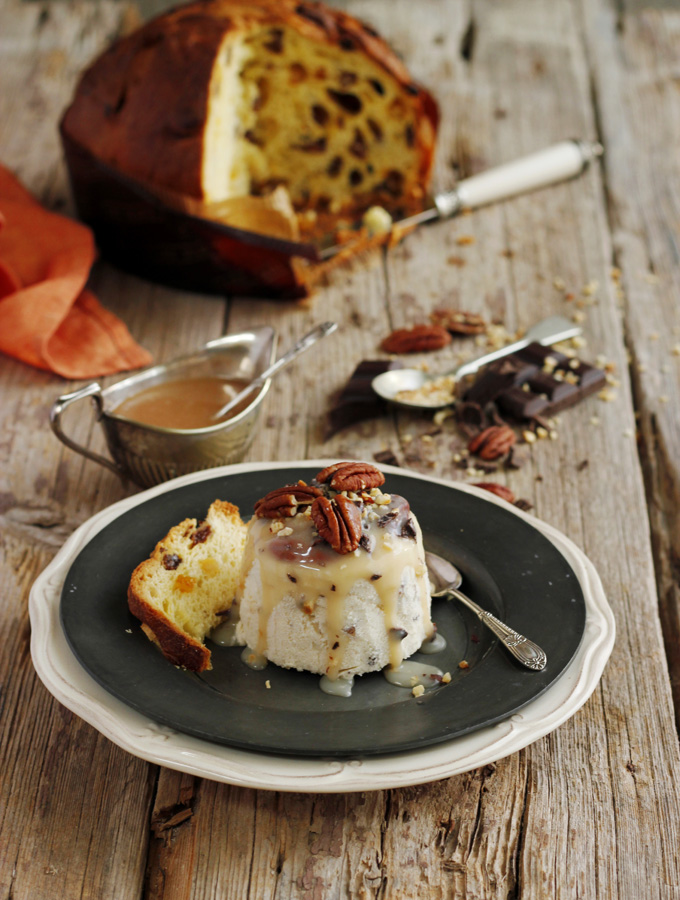 A surprising working partnership of traditional British pudding and archetypal Italian Xmas cake make this delicious semifreddo dessert for the festive season. Rice pudding is tucked away in this feel-good dessert along with crumbled panettone. The star though is the very ‘in vogue’, wicked, homemade caramel sauce in which the salt offsets the sweet. 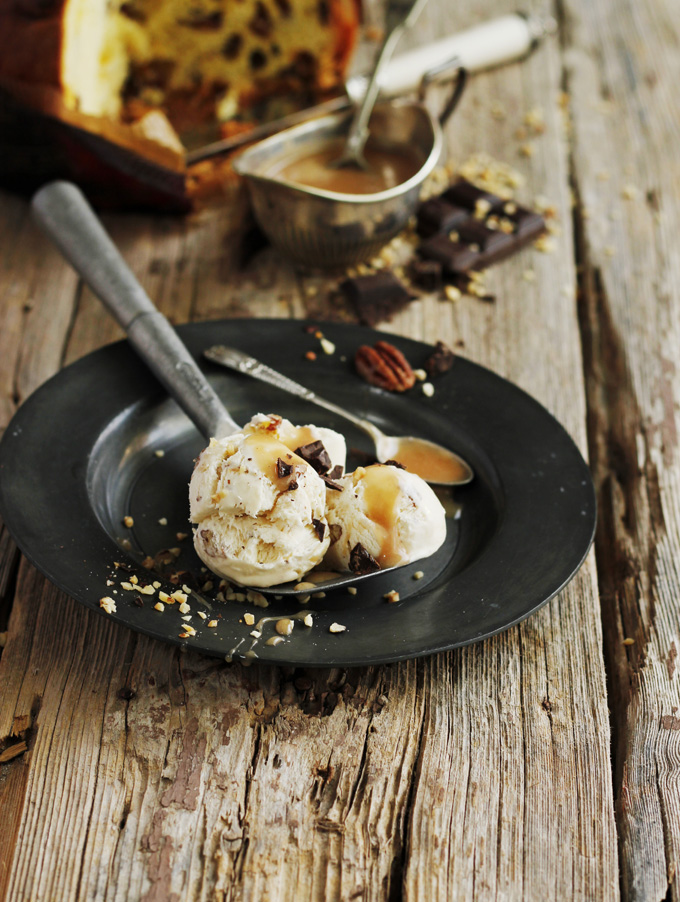 Panettone is a low-key Christmas cake compared to the stiff-upper-crust of a right royally-iced British one. I am not a fan of slabs of royal icing and marzipan; from my childhood, I remember the sound they make hitting the china plates when served up on Boxing Day. No one could manage a slice on Christmas Day itself.

Soft mounded Italian panettone however doesn’t stand on ceremony and has been on our menu for a good couple of weeks already, having made its usual early appearance in our supermarkets here in Malta. It doubles up as a quick breakfast bite, an accompaniment to mid-morning coffee and as an (allowed) lunchbox treat for my son. As the plain, dried-fruit only varieties are so cheap and widely available, I decided to repurpose the plain ol’ panettone into a dessert worthy of the Xmas day table or festive season dinner parties. 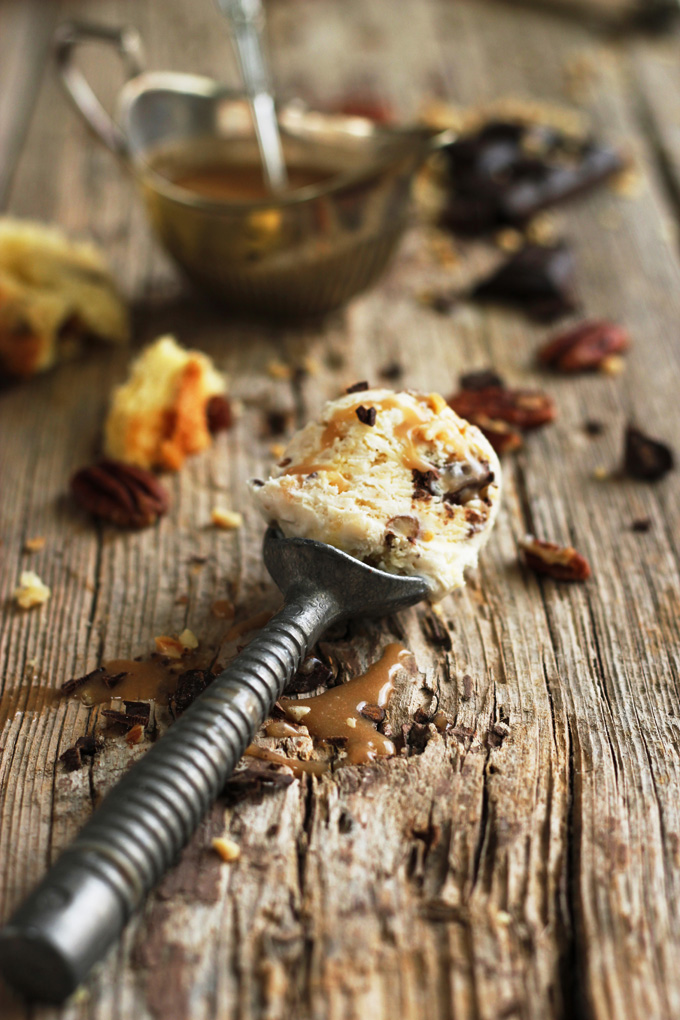 Panettone gives a nice bulk to another Italian favourite, the semifreddo, that cross between an ice cream and a trifle. The beauty of semifreddo is that it rests a while in the fridge to defrost while you finish off mains, and can be then served and eaten with ease – no buckling the serving scoop or waiting impatiently for it to soften enough. It’s quite happy for 20 minutes in semi-freddo defrost mode.

Salted caramel has been cropping up a lot in the past year online on food porn sites and celeb chef’s outputs, but til now, I’d never really given it a try. Making caramel is easy (in theory) but can be fraught with moments of angst; there’s a knack to getting the sugar to turn and reach caramel point, but not letting it burn. You don’t want burnt sugar smell in your home! If you’re not up to giving the homemade a try, then fear not. Equally as tasty and for ease and speed, you can substitute it with a ready-made toffee or caramel ice cream sauce that you’ll find in most supermarkets. Add a pinch of salt and you’re good to go. On the other hand, this semifreddo is perfectly happy without extras, and not too sweet – a plus if you’re keen to start your ‘no sugar’ New Year’s resolution a month early.

Print
A surprising working partnership of traditional British pudding and archetypal Italian cake make this delicious semifreddo dessert for the festive season. The star though is the very ‘in vogue’, wicked homemade salted caramel sauce in which the salt offsets the sweet. Equally as tasty and for ease and speed, you can substitute it with a ready-made ice-cream dessert sauce.
Recipe type: Chilled Dessert
Cuisine: Italian
Serves: Serves 6-8
Ingredients
Method
Notes
If you're in Malta, Smart supermarket does a good caramel sauce substitute with Tesco's Toffee Sauce. Just warm a few tbsps and add a pinch of salt.
3.2.2885