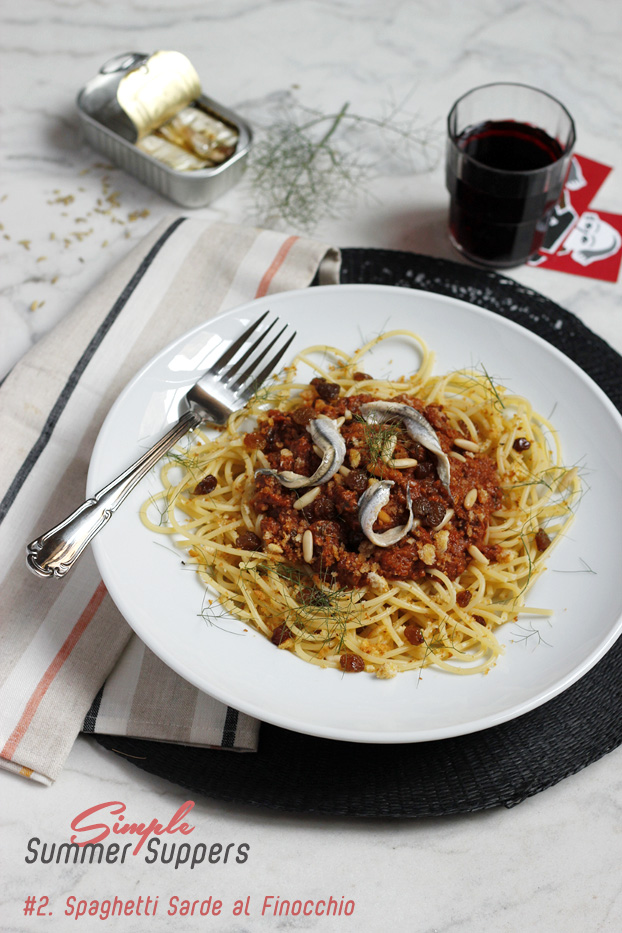 As easy as opening a can, spaghetti with sardines has to be the ultimate simple summer supper recipe. As today was so hot I didn’t feel like hoofing to the supermarket (Saturday the worst day for that at the best of times), store cupboard stocks came into play. This is a dish I’ve been meaning to make for months since being reminded of it in Palermo last autumn. So typical me, just as wild fennel is drying up and hibernating on the waysides, I decide to fling it in to a pasta. Seeds alone will do though if you can’t find fennel fronds. 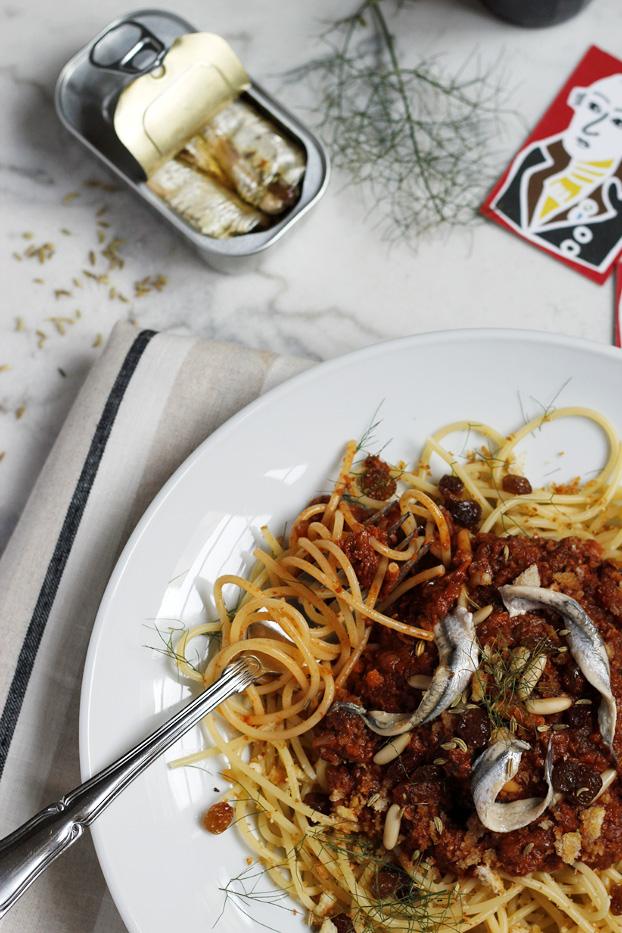 If you delve into my recipe archives, you”ll notice that fennel tends to find it’s way onto my menu a lot. Believe me though, fennel is a must in this traditional Sicilian pasta sauce, so bear with me one more time. 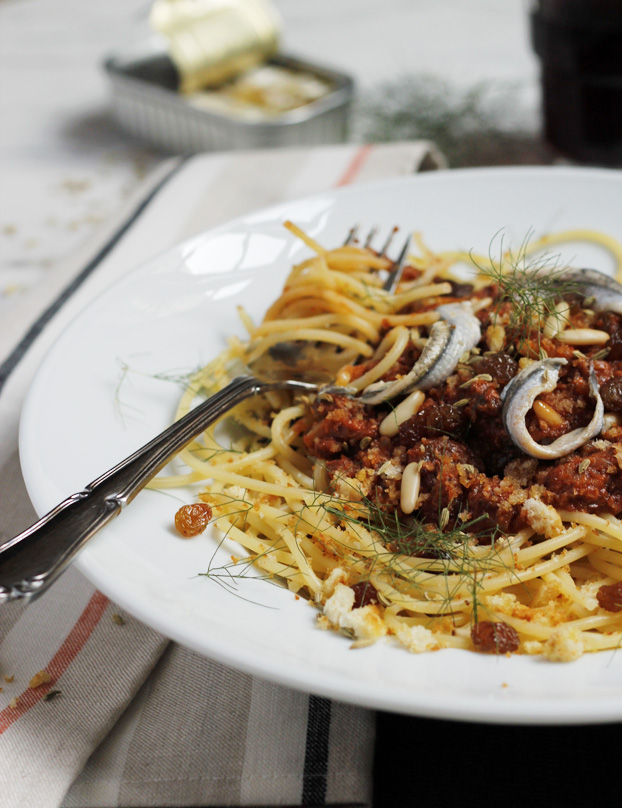 Let’s turn to the dish itself. This pasta dish, ideal with slower cook, perhaps slightly thicker spaghetti or even bucatini, is hard to miss on the menu if you’re in Sicily where it’s known in dialect as ‘Pasta Ch’i Sardi’. We ate spaghetti with sardines in some shape or form at least twice on holiday in Palermo last October and plate loads of it were flying out of the kitchen at the Antica Focacceria.

The island’s countryside is dominated, like Malta’s, with wild fennel and as the herb pairs well with fish, that mainstay of Mediterranean coastal zones’ cuisine. Fresh sardines might be harder to find than fennel, as even in the Mediterranean it’s hit and miss whether they’re in the night’s catch. For this reason, I experimented with tinned sardines. The dish is none the worse for it, and now far easier to rustle up for supper.

Tinned sardines come in oil and tomato sauce, with the latter usually called pilchards – a less sexy name these days but the same fish if a little larger. I have barely eaten tinned sardine in years. Sardines on toast, sometimes on cheese (which was a particularly greasy combo) appeared occasionally as a high-tea snack when we got home from school. I think the oiliness put me off tinned sardines for decades. But, it’s never too late to take a double take on the humble tinned sardine.

The sardine has become quite fashionable, as has info on our needing to eat fatty fishy oils for health. You’ll need the olive oil sort (oil strained off) for this recipe – around one can for two servings. If you don’t reserve some flaked sardine to top the pasta, even the most sceptical and fish-hating kids won’t notice sardines in the sauce. The fish melts away while the sultanas, pine nuts and pan gratata crispy topping make it slightly sweet and give it a nice texture. Perhaps that’s why I like this dish; it bears no resemblance to my childhood sardine teas! 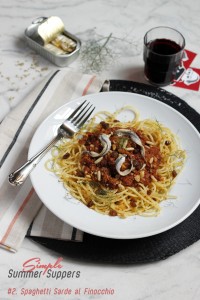 Print
Gutsy but not overpowering even if you aren't a fan of anchovies. Can be made from store cupboard ingredients so a useful pasta sauce to have to hand.
Recipe type: Pasta
Cuisine: Italian
Serves: 4
Ingredients
Method
3.2.2885
« Roast Tomato & Caper Gazpacho { Simple Summer Suppers #1 }
Giant Prawns with Saffron & Wine {Simple Summer Suppers #3} »