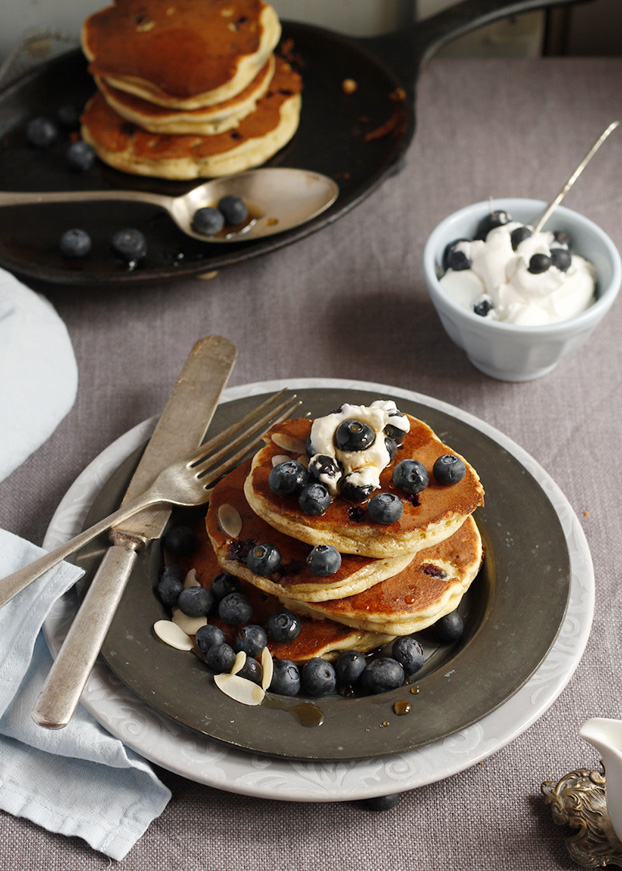 I admit to actually having to Google the precise significance of Shrove Tuesday. TGF (thank the gods for Google) and Wikipedia for filling in my general knowledge on a day that I vaguely remember as having some importance while I was school age. Having attended a CoE primary school and been sent to extra (optional) religion lessons by a well-meaning parent, I see that it all the religious terminology fell on deaf ears or fell by the wayside.

Anyway, commonly known as pancake day, Shrove Tuesday does sneak into my calendar for foodie reasons if not religious. One aspect of the day I do remember from childhood is my father’s expert tossing; one Shrove Tuesday, he tossed a large thin pancake so high it got wrapped around the kitchen light bulb. 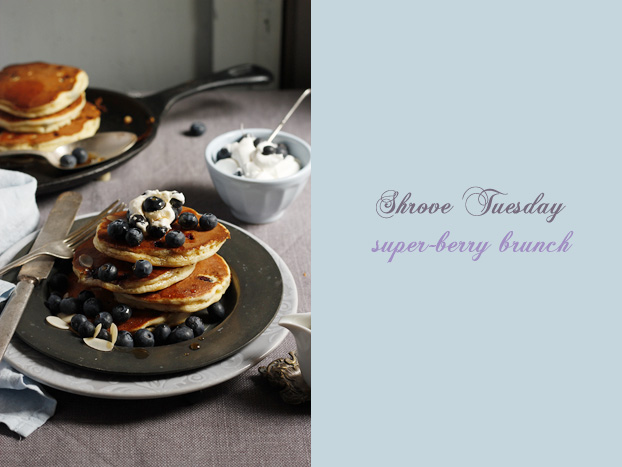 Far from making pancakes to use up eggs (which don’t seem particularly indulgent a food to forego pre Lent), I am making these to mark pancake day. Though we tend to eat pancakes almost every weekend, when I’ve time to make a more leisurely breakfast.

Blueberries are fairly obvious an addition to pancakes, so no Brownie points here for innovation in this recipe. If you live in the southern Mediterranean though, blueberries are indulgent as they don’t grow here and have to be imported at expense. (Rare) Praise be to Lidl for having them cheap enough for me to splash out on two punnets.

Another ingredient in this little number we don’t find easily in Malta is buttermilk. I bothered to make my own so I could try it just the once in pancakes after seeing it listed in so many recipes over the years. What’s the taste difference to regular milk? Really not sure I discovered one but it could be my cold not letting me define the taste. Here’s a link to how to make it if you don’t wish to use regular milk or a mix of plain yoghurt and milk in the pancakes. 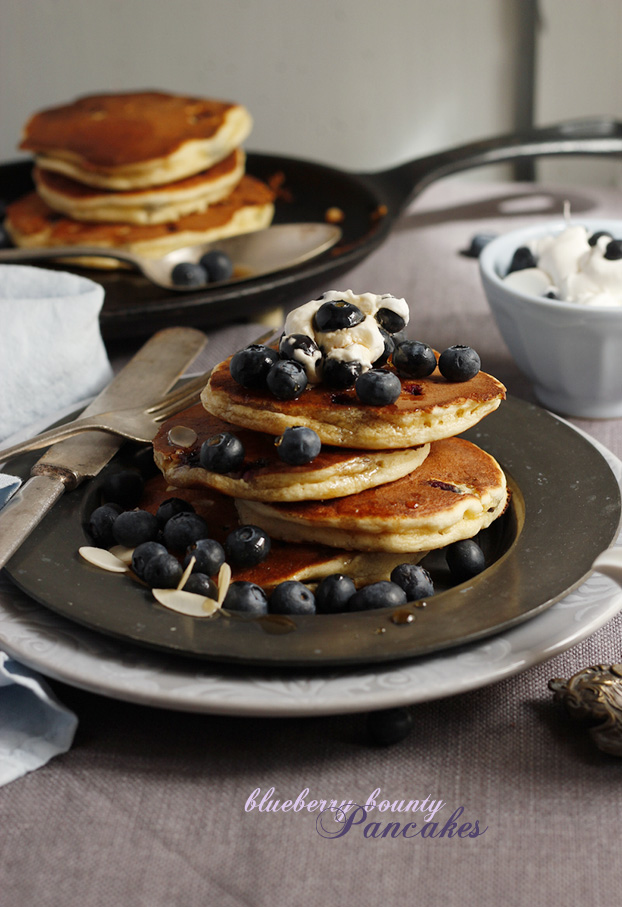 And finally, as our almond trees are in full bloom now, and as a nod to the promise of spring on a day of sunshine and showers, I’ve used ground almonds to replace half the flour. This makes for a slightly heavier pancake so leave it long enough to cook each side before flipping – the little bubbles that show through top need to be bigger bubbles before you flip. Almond flour pancakes, so I found anyway, tend to stick a bit more so use your best non-stick or regular well-used and patina pancake pan to turn them out perfectly.

To dress them, ah, another costly indulgence – maple syrup. Perhaps fittingly rich pancakes suited to Shrove Tuesday after all then? 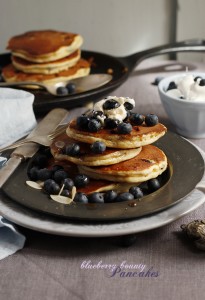