I’m back! And ready to face a food challenge…with some unusual ingredients in an autumnal dessert. 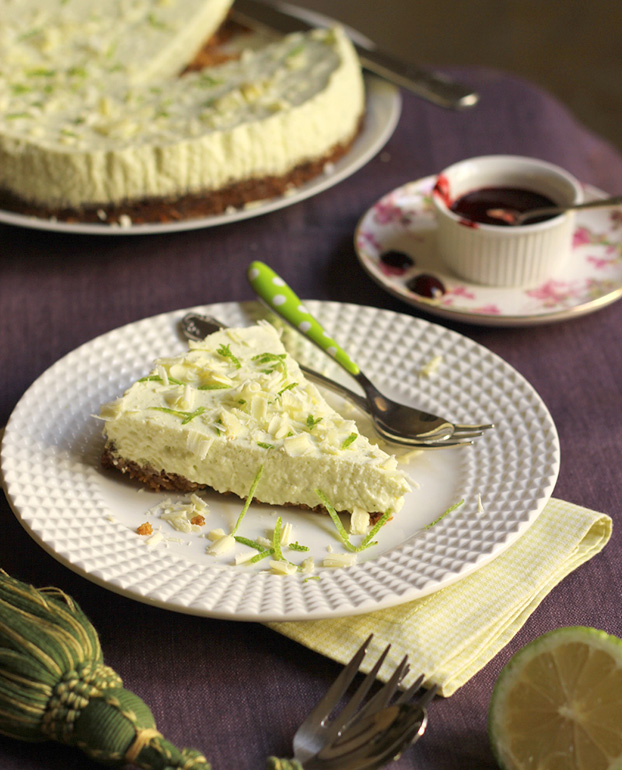 September was, as you can see from the null points on my archives, a quiet month on Red Bistro, though far from a quiet month in my life. The first two weeks I was in the UK taking a holiday, it’s true, but always cooking up (undocumented) meals for my parents and offspring in what turned out to be a surprising Indian summer there. Back in Malta mid month saw me drowning in school book and uniform lists. Getting Jacob not only back to a routine but starting his first year at senior school was a shock to all our systems. Welcome back dark starts at 0615 and the mad-dash hour of a cooked breakfast (yes, we’re moving from wheat to protein as a pick-me-up for the day), lunchboxes and chivying. The other reason for my lack of posts the past weeks – now that I am ladling on excuses – is my new food-related idea that needs extra hours thought and a good dose of networking to get going. More on that before Christmas (dare I say that word already?).

Back to the post and recipe at hand, and to why this cheesecake has some tricky ingredients in it that its name doesn’t suggest. 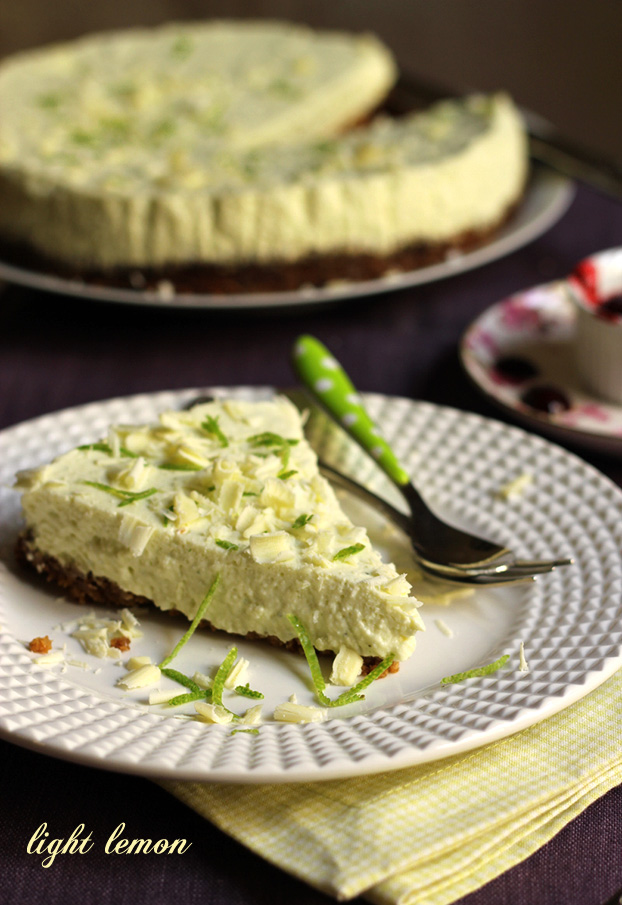 Over summer, we had a lot of TV dinners. Not something you might associate with a Mediterranean climate that should see us eating al fresco. The intense humidity that kicked in during August and which has loomed large all autumn too (relief came yesterday with a strong north-westerly) forced us to retreat to the aircon and large-screen TV in my husband’s office. We discovered ‘The Food Network’ big time! And one programme in particular has been compulsive viewing over TV dinners: ‘Chopped‘, which sees four chefs facing mystery ingredient baskets as they pit it out against each other over three rounds of appetizer, entree’ and dessert; until only one is left standing as the Chopped Champion. How we loved the tables being turned on the judges in one episode. Chopped losers no doubt rubbed hands in glee at the nightmare baskets of ingredients facing the judges turned competitors.

As a test to myself and a rap on the knuckles for being so long a time out of the Red Bistro public kitchen on this blog, I’ve given myself a basket of Chopped ingredients to see what I can make of them – without the pressure that the TV pro chefs face of course. I’ve also started the wrong way around with dessert; I didn’t make myself a 50th birthday cake the other day, so I’ll indulge with sweets first. 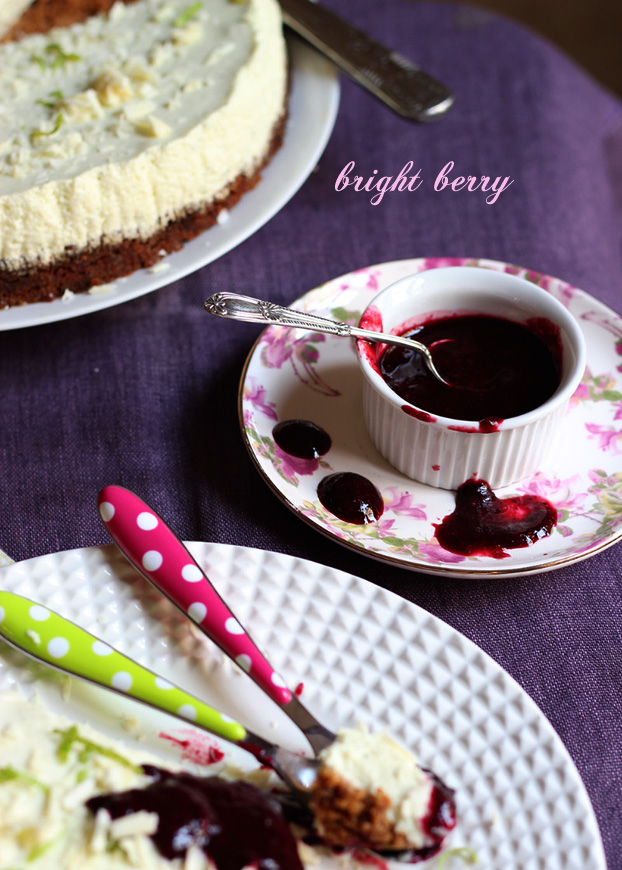 My ‘basket’ does have some of my fave ingredients even though I’ve never had to combine all before into a single dish, nor a single sweet one. They are: White Chocolate; Basil; Pasta; and Tomatoes. All featured a few weeks ago on a Chopped dessert round.

They cry out for cannoli. But the pasta is too small to fill and would need pre-cooking and frying; not something I relish. As Chopped is a US programme, how about an America cheesecake with the pasta whacked up small along with digestives for the base? Possibly. J had an awful lemon cheesecake last weekend from a well-known cafe’ here in Malta. It was cloyingly sweet and sickly – the judges hate overly sweet desserts. The basil and some zingy, firm green lemons which are in season now will off-set any sweetness, though I’ll go easy on the sugar as the white chocolate will add plenty more. I created a red berry syrup to ‘repurpose’ (a word favoured by Chopped judges) the tomatoes. Yes, they’d probably say I’ve masked their taste, but at least they added bulk and colour. Autumn tomatoes aren’t very ripe anyway so need some help. My white chocolate was blended in and also shaved over the cheesecake to serve.

The photos probably show you, I hope, that the dessert looked presentable. As to creativity – well, I’ll let you be the judge, and on taste, should you make it don’t bother with pasta in the base, and go easy on basil in the topping! Unlike Chopped contestants, I get another go at this. But rest assured, it didn’t half work well! Basil and lemon give a nice tart flavour which combines well with the sweeter balsamic tomato and berry ‘reduction’ (faux jam or sauce in my book, but Chopped chefs love the word ‘reduction’). I’ve written the recipe up with the basil but minus the pasta and tomatoes, to make life easier for you. Quite enough for one of us to take the challenge, and I felt the whacking up pasta and peeling and de-seeding tomatoes just an extra imposition. 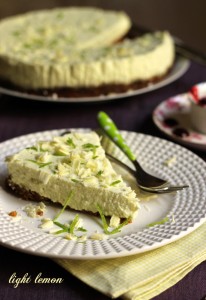