Rabbit, nothing more Maltese a dish than that! Plonked on the BBQ for easy cooking on a day that saw a ‘feels-like’ factor of 40 degree heat on my scale. 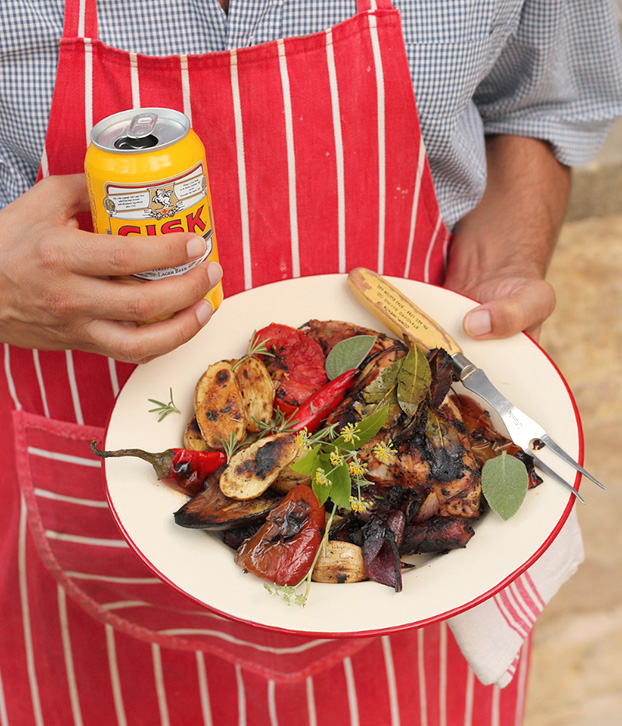 The national dish served up for summer in an all-in-one meal. Just marinate the meat along with a medley of traffic light summer vegetables for two hours plus, then grab a beer and BBQ. 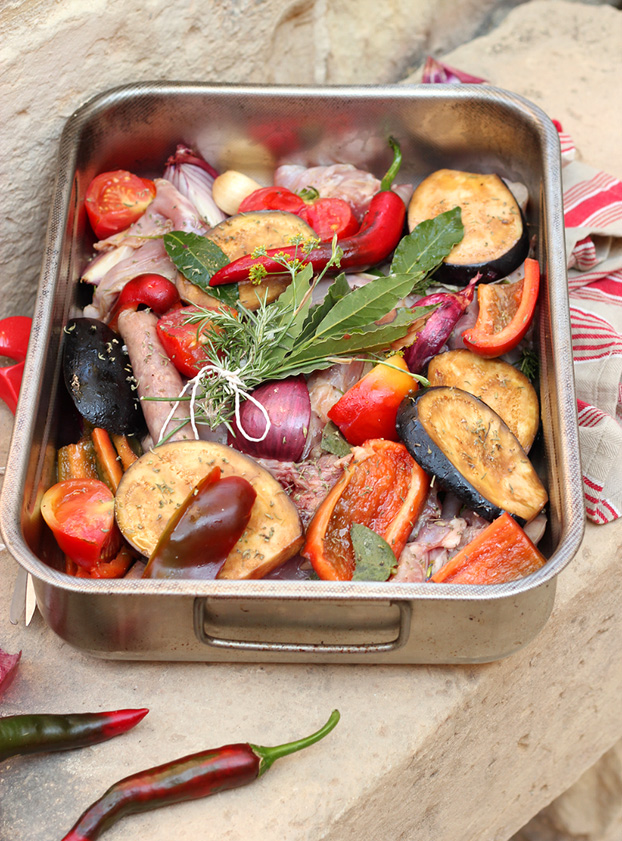 Little need for words as the photos do the talking. Apart from a bit of effort cleaning the BBQ early next morning in the cool of 6am, this is lazy holiday food par excellent. And a very sociable way to cook. I get to enjoy the garden, chat to the gathered crowd, and fight off the cat whose whiffer detects a BBQ starting up before you can say ‘rabbit out of the fridge’. The smoke helps keep mozzies at bay. Ice cold beer in hand, this is a staycation summer at it’s best. 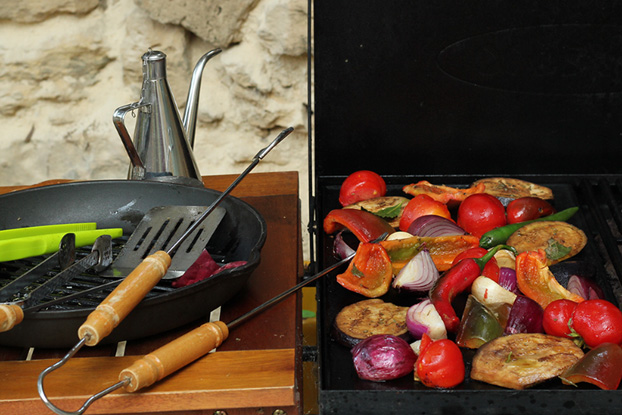 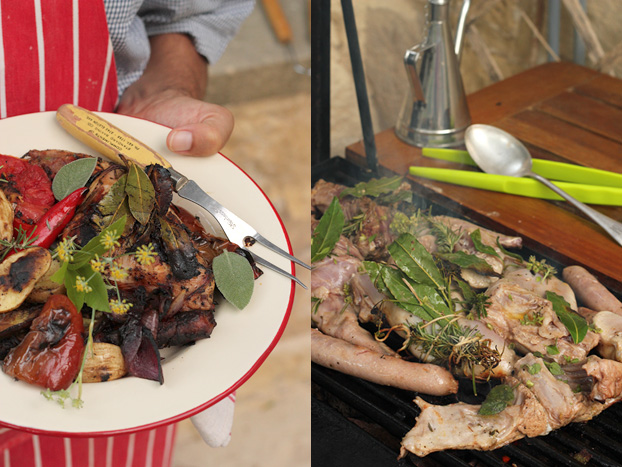 Why the part French title? It makes plain old rabbit sound a bit sexier, and I like to think that I’ve been hiking over the garrigue gathering wild herbs, which is simply not do-able in what are now our hottest days of the year. The herbs – sage, bay, rosemary, thyme and fennel – are all from my garden, which is increasingly looking like dried out garrigue anyway! The great thing about this BBQ meal is that you don’t need to pfaff around with making bastes, rubs or complicated accompaniments; the full-on BBQ flavour is all from the herbs. 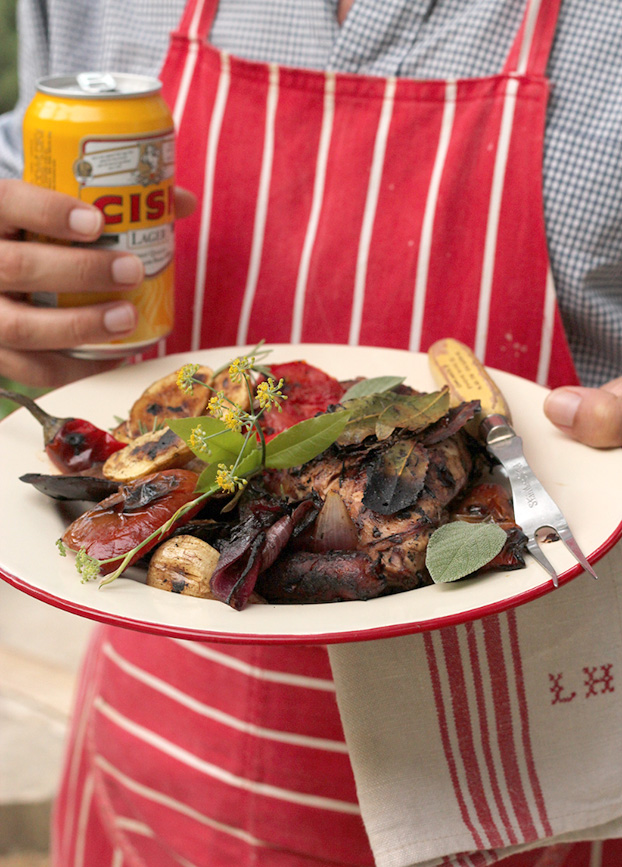 As we enter the peak holiday weeks with Malta’s summer shutdown fortnight approaching, my brain is quite cooked too from the heat and humidity. It’s all too fatiguing to do more than BBQ now, and as late as possible in the evening at that. Ice cold beer supply to gather in for tonight’s cook up. I’m convincing myself that I can just burn off the debris rather than scrub and scrape the grill. Life’s too hot to clean a BBQ each day! 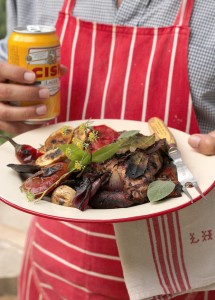