I’ve been trying to get rid of, or rather use up I should say, packet upon packet of dried dates and figs that I bought triplicate of before Christmas. This date cake was the answer. 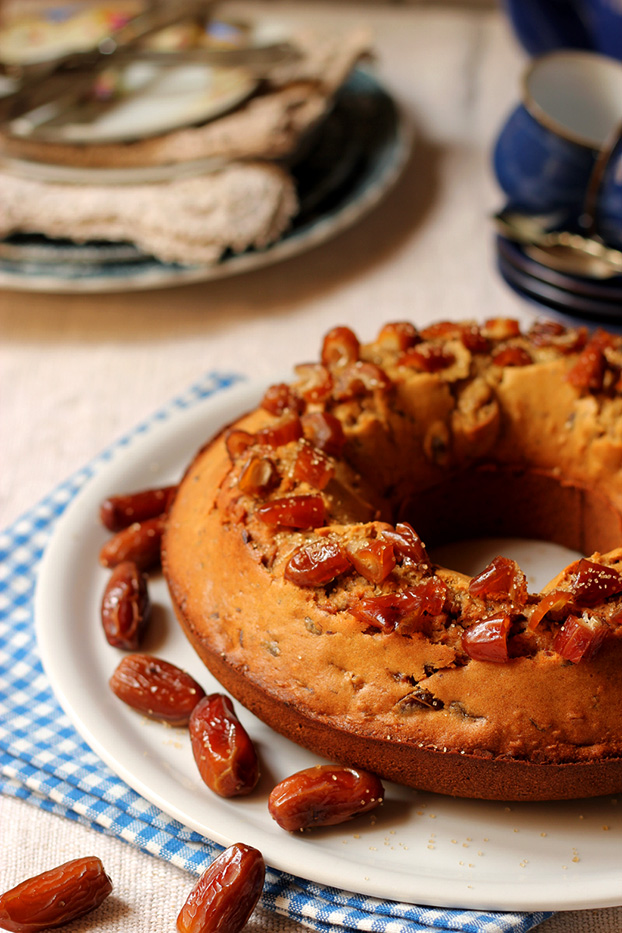 My baking cupboard is in need of a January sort out after my busy squirrel-like hoarding of dried fruit and nuts. I picked up a copy of an Italian food magazine, Sale & Pepe, at Catania airport last week. The feature on cakes in January was all about dried fruit. Someone in recipe development must have read my mind or bought in bulk by mistake like me. I am not a great fan of dried figs with their relentless pips although I adore fresh ones. I decided then that the date cake, using 300g of fruit, might make a bit of an inroad into my three trays. 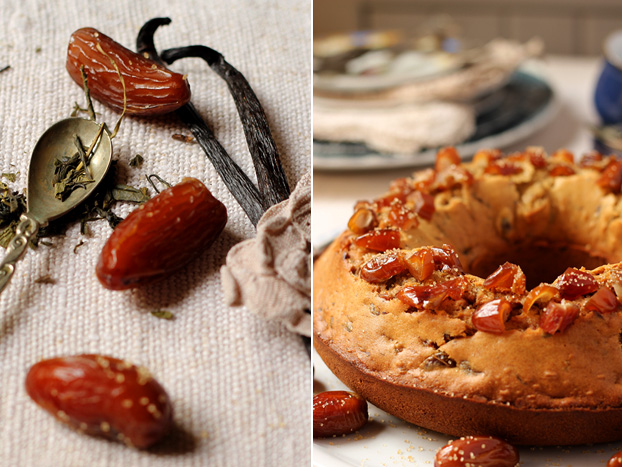 Date loaf (my mother always made it loaf shaped for hassle-free slicing), was a regular on our teatime table at home. I think it was because it was less a cake and more a hunk of man-fodder; something that could stoke up my father while out gardening or be hacked at by my two ravenous brothers. Men like ‘real cake’. I hated dates as a child, so rarely do I remember eating a slice. I was more a Victoria sponge girl. The date loaf would be more daintily served on Sunday tea tables, offered buttered. Thanks to its amazing moistness, it would keep well in the tin all week, serving its purpose as a between meals (healthier) snack. A good all-rounder to have in the house. 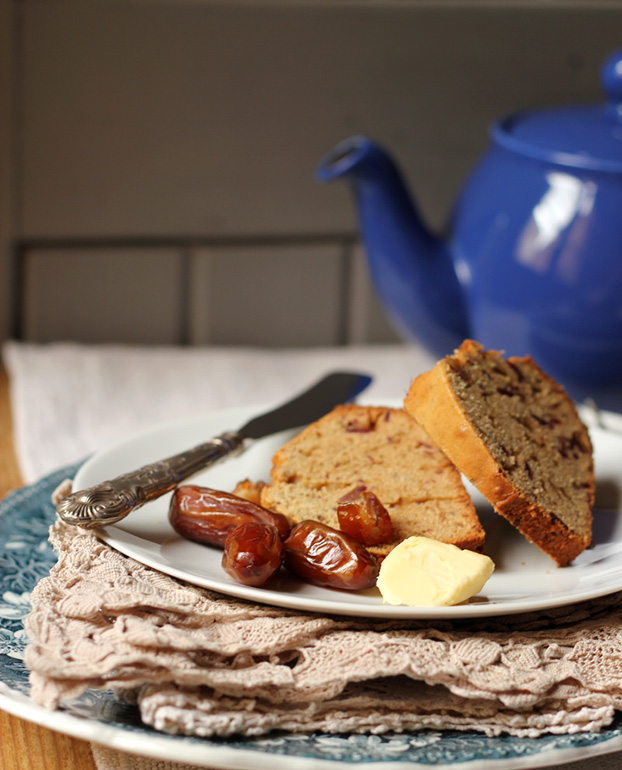 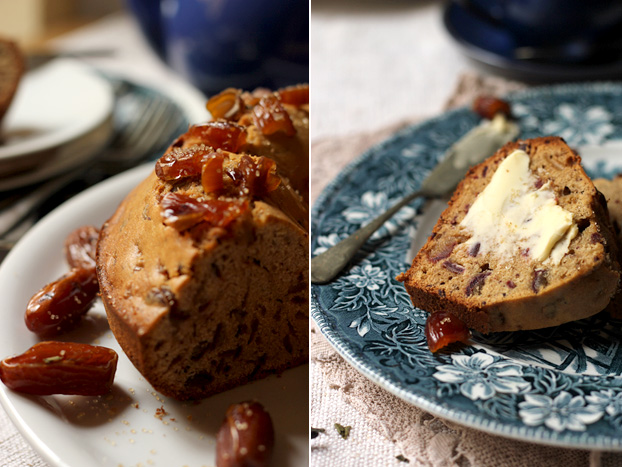 The date cake in S&P is just as moist only more refined with its Earl Grey and vanilla. They leave a subtle trace flavour which I upped a bit adding some cinnamon and nutmeg – my two winter warmer helpers in any dessert or cake. I adapted the recipe as I found it a little to dry on mixing (adding more tea and a splash of milk) and by adding maple syrup, which also upped the flavour. While I’ve grown to like dates, and appreciate their moisture-holding properties, perhaps I am still trying to mask them a little as childhood memories of the lurking date (or date stone!) linger still?

This is a really useful cake to have around though. Feel free to experiment adding your favourite spices to complement the dates, or some alcohol to soak and simmer them in along with the Earl Grey. 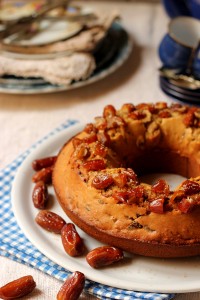