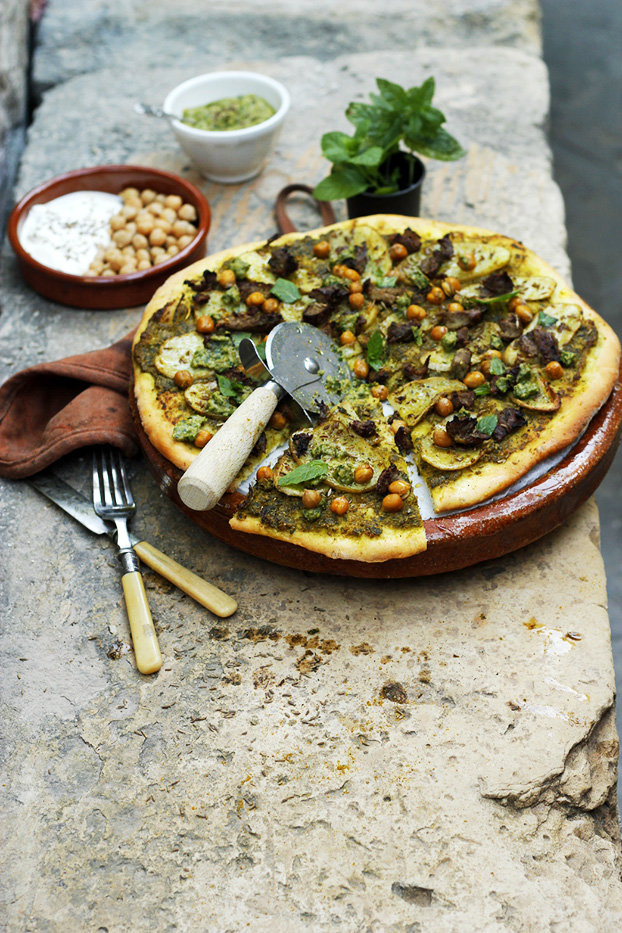 Cumin is one of my favourite spices, and all the more so since I’ve lived in Malta. One of the Maltese Islands has a name derived from cumin – Comino. Given the millennia of to-ing and fro-ing of trade through Malta as it lies nearly midway in the Mediterranean and on ancient spices routes, I like to think that this pizza’s creation is inspired by Malta’s historical ties to the eastern Mediterranean. The first identifiable people to inhabit the Maltese archipelago were the Phoenicians, who came from the area that would straddle present-day Lebanon and Syria. Hence my naming this ‘Pizza Lebanon’. 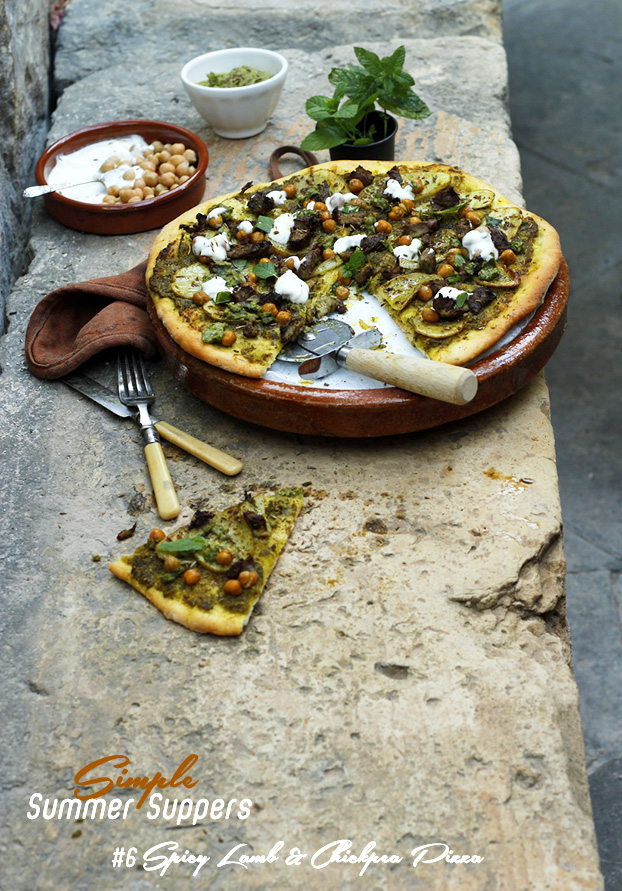 I have to admit that it is perhaps less a ‘simple’ supper in that it does take longer to prepare than others in my summer supper series. It’s Friday though, and our traditional pizza night in and as we don’t have our weekday 0615 start tomorrow, I can allow myself longer to prep today. While it takes longer, no one step in putting this together is difficult. If you don’t wish to make your own pizza dough, a ready-made base will do. But you’ll miss out on adding the ground cumin to the dough; something that gives this pizza even more heady warmth of spice. 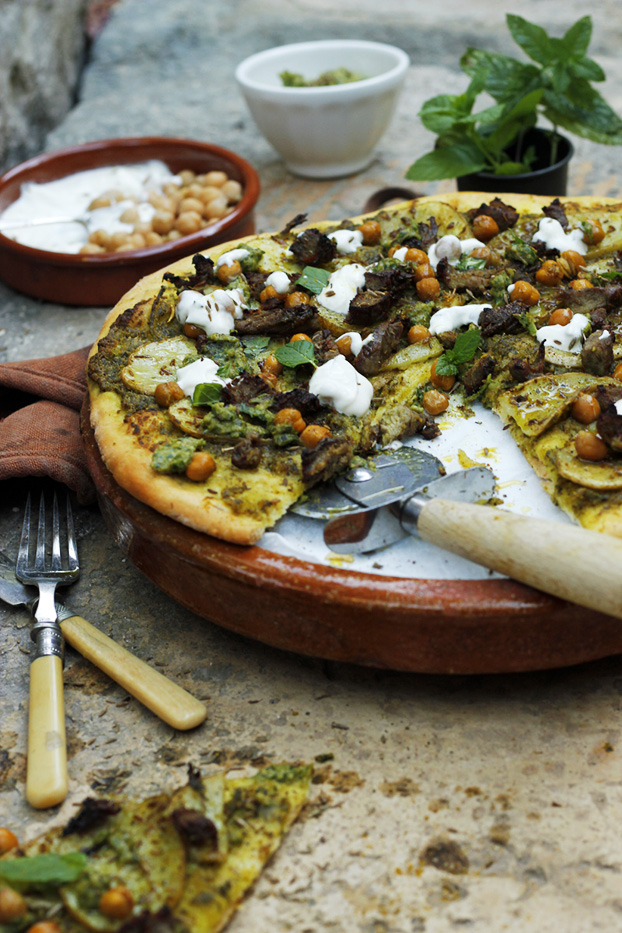 Dare I call it pizza at all, I wonder? This is a giant flat bread that I almost made into pitta pockets with a lamb kebab. However, even though it forgoes mozzarella and tomato sauce on the base, I’ll call it ‘pizza’. The pizzaioli who we’ll meet in a couple of weeks when we stay in Naples would not doubt decry this as a pizza imposter! The potatoes and chickpea topping help to absorb the Ras el-Hanout and cumin, while the minty yoghurt dressing adds a certain freshness to balance the spice. A large chilled beer with it and it was perfect, or would have been if we’d not been watching Italy lose to Costa Rica!

Serves 3-4 with this dough quantity. For the pizza dough, click here, but add 2 teaspoons ground cumin to the flour before you add other ingredients. 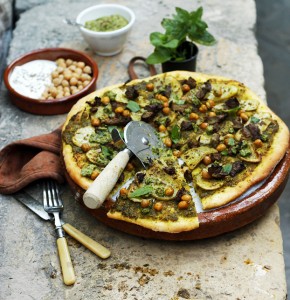