Vanilla and roasted chestnuts pureed into a ‘latte’ late afternoon to warm hands and hearts. Though you wouldn’t think from the photos I went for swim today under hot blue skies. 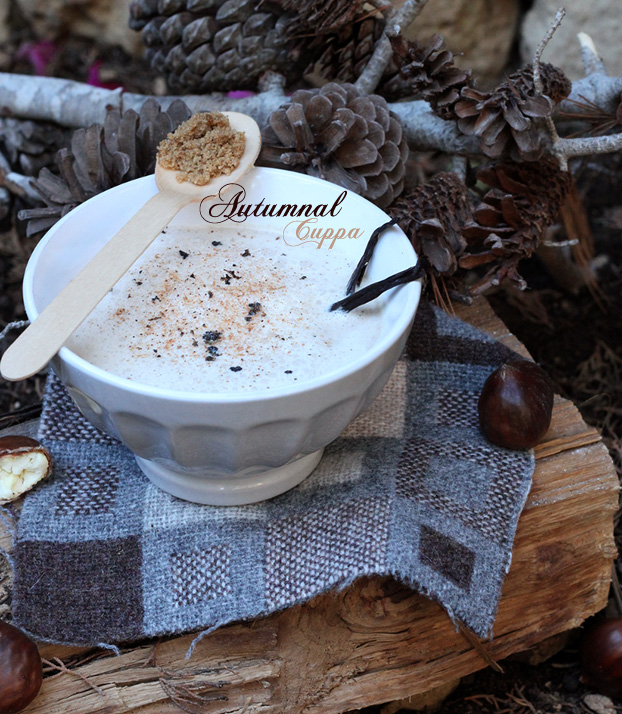 Days do seem very short, with ‘drawing in for the night’ starting at that 4pm watershed of chill even though we’ve another hour or more of daylight, especially on exceptional autumn days like today. But the house is now dipping steeply in temperature thanks to the past week’s wet days. Soon we’ll be well and truly in the winter routine of chilly houses between the hours of 16.00 and 09.00. 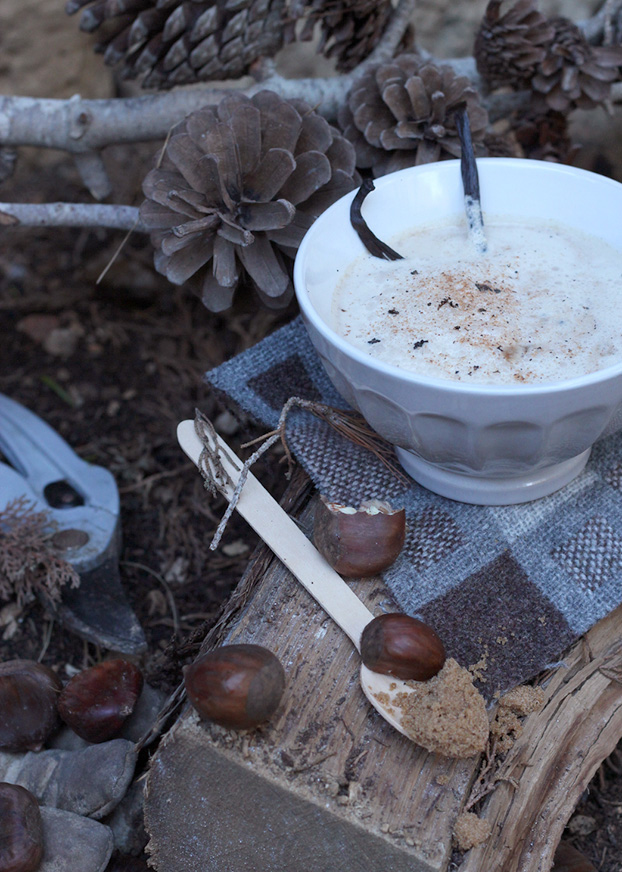 The three days of more or less incessant heavy downpours this week have seen damp stretch its fingers and remind me to pack summer gear away and bring out duvets. It’s not quite got a hold on us yet as I donned swimwear and set forth to our nearest rocky inlet for a dip. The water gave me a small jolt of freshness but nothing to deter a good 20 minute swim, snorkeling. 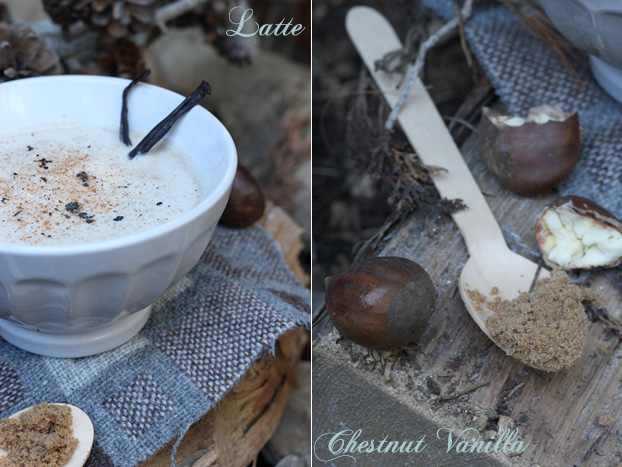 Home mid afternoon, I felt in need of something warming though, and a quick fix of food while I set about the evening meal. This ‘latte’ came to mind. It’s an autumn-winter, all-day breakfast kind of drink and a nutritious filler. Chestnuts appeared this week in the shops signaling the changing seasons. I had no idea really why I bought them, but they blended up perfectly into a mildly spicy ‘latte’ (I use the term loosely).

Latte is a very milky coffee Italians tend to start the day with at home (cappuccino being the nearest cousin but sipped out in bars). It’s served in a large, wide bowl making it easy to dunk in biscuits. Eschewing the accompanying biscuits, I’d added porridge oats to serve as the filling part of this meal in a cup. The espresso coffee is stove-made in my old Bialetti now back working thanks to replacement rubber seals bought from a very handy hardware stall in Palermo. I’d been without my trusty battered Bialetti for two months so am celebrating its return to my stove and breakfast routine. It’s my only glimmer of life at 0615 each weekday morning! Nothing beats an aged Bialetti for the perfect caffe’. 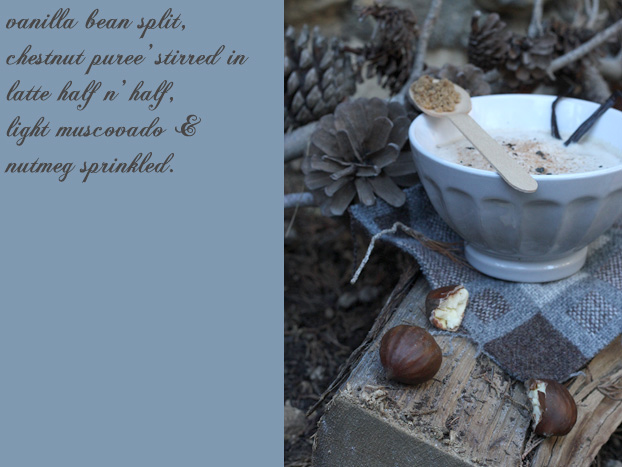 Coffee and milk has been part of the Europe’s culinary culture since the 17th century, according to my research, and unsurprisingly there is no mention of milk in coffee pre 1600 in Turkey or in the Arab world where a drop of the black stuff suffices. Italy panders to Northern Europe with milky coffee at breakfast, but woe betide if you order a cappuccino after around 10.30; espresso only after that for Italians. Austrian Kaffeehauser made mention of a ‘Kapuziner’ in the second half of the 1700s as ‘coffee with cream, spices and sugar’.

My nod to spices is the vanilla bean and a sprinkle of nutmeg. Splice, scrap the seeds and leave in the mug as you drink. It’ll permeate the coffee and complements the heavier notes of chestnut perfectly. Now off to browse my favourite online shops for must-haves for surviving an old Maltese stone house in winter: ribbed fisherman’s socks, thermals and something like snow boots at slippers. That said, I’ll leave the bikini out another week, just in case our Indian summer lingers. 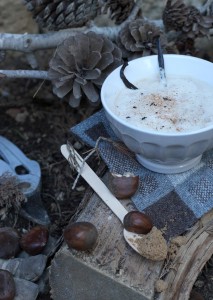 Print
Prep time
5 mins
Cook time
10 mins
Total time
15 mins
I used pre-cooked, vacuum-packed chestnuts which blended up well. You can use chestnut puree' if you can find it (which I can't here in Malta). It is usually in supermarkets in the run-up to Christmas. If using whole shelled chestnuts, you might need more blending and you will find some nut chunks remain in the drink, but that's ok if you like some texture. Amounts are approx but based on one large mug portion.
Recipe type: Drinks
Serves: 1
Ingredients
Method
3.2.2885
« Snails (bebbux) with garlic after the rain
Pear & Cardamom Tarte Tatin »