I’ve only ever seen fresh chickpeas twice in my life. Yet, their dried and tinned relatives reside in my store cupboard all year round and I consider them a faithful staple and quick-dish standby ingredient. 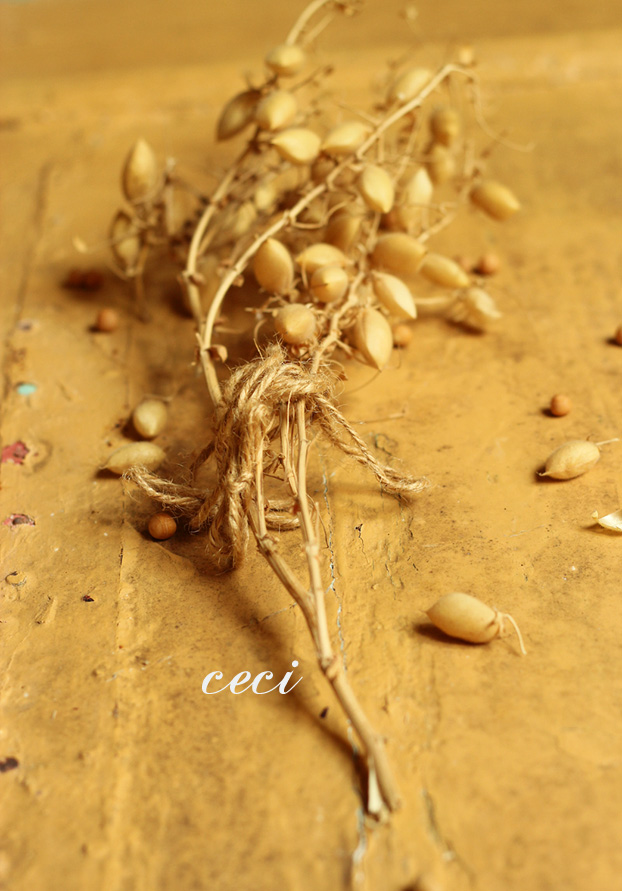 Chickpeas are one of the Mediterranean’s oldest known harvested pulses, and are a mainstay of the cuisines bordering the sea. These Sicilian chickpea fritters or panelle are supposed to be made from chickpea flour and made up like polenta. But as the flour is impossible to source here in Malta, despite our being just 90kms away from Sicily, I used whole chickpeas blitzed up and formed into soft patties that are far thicker than the slivers of panelle you’d find as street food. Health food shops might have the flour but regular tinned chickpeas make more sense; like me, you won’t be heading to Sicily into the fields to gather a chickpea harvest, nor grind it up somehow into flour! 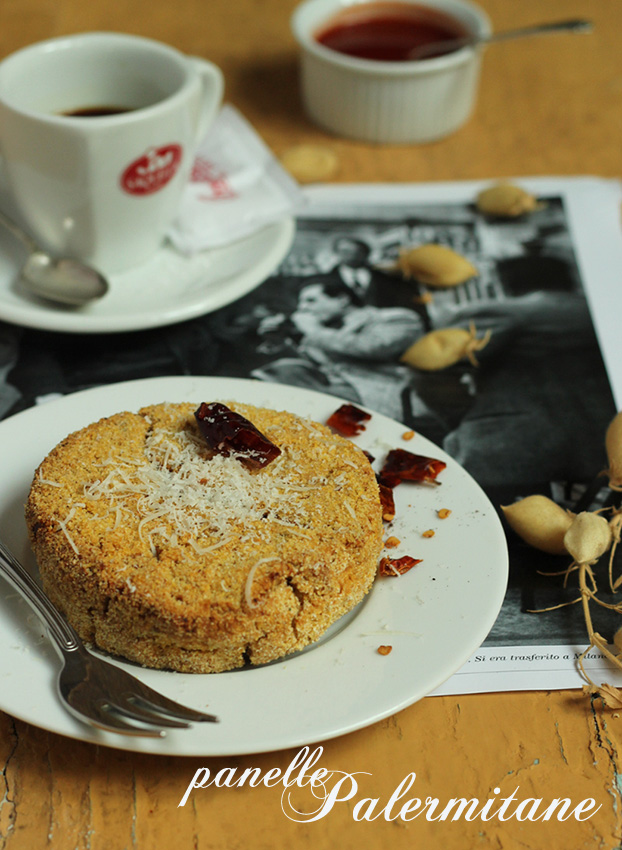 True panelle don’t usually have added extras except for chopped flat-leafed parsley but by introducing a knock-out quality melting cheese like Scamorza and some chili and cumin puts panelle up a notch from street food to posh picnic, light lunch or drinks’ party bites without making the recipe complicated or deviating too much from its origins; Scamorza and chili both being key Sicilian ingredients, and cumin a herb that dominates Malta’s culinary history. 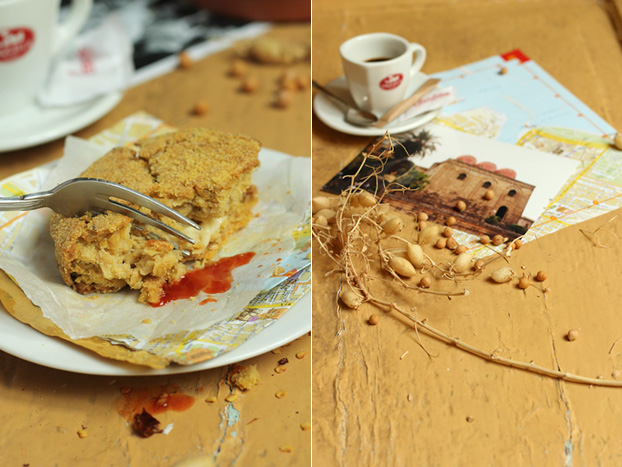 I can’t say I’ve seen fields of chickpeas in Malta either but some small-holders do grow them. The god-send lady who has baby-sat my son for over a decade has a family field on the outskirts of my village and she is one of the bearers of fresh chickpeas – well, semi-dried and yellowed as I’ve never received them green and growing. Villa Bologna, of pesticide-free veggie fame here in Malta, also had chickpeas this summer. I’ve kept them all season waiting for the patience to shell them or perhaps pod them is the better verb. You can prepare them as green peas, steam or boiled lightly and served tossed in olive oil, lemon, garlic and seasoned. Mint added too, just as you would to regular peas. 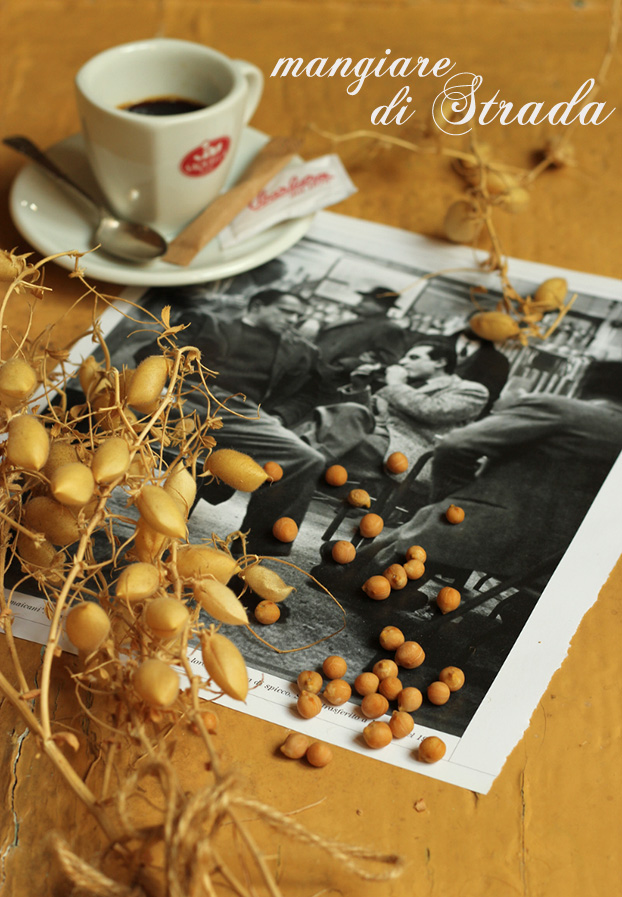 In Palermo, the true home of the panella, these chickpea fritters are served in a panino and are considered an Ur-alt fast-food, not to mention a staple of cucina povera, everyday cooking for farmers’ and labourers’ households. It’s grabbed kerbside and in markets like Palermo’s famed Vucciria. I suppose to an Anglophone, panelle are the Sicilian’s chip butty. The chickpea I reckon has more going for it than a potato in bread, given its protein. 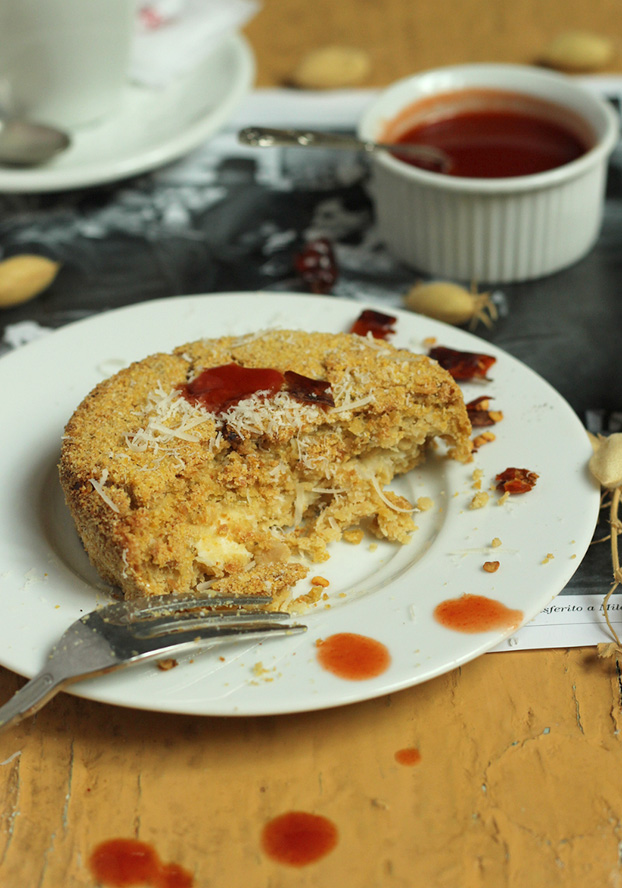 Cheap, tasty and turned into an accompaniment to BBQs or as a light meal (breakfast perhaps too), panelle made from canned peas make a fritter with a thicker, coarser texture than those you’d find in Viccuria. I am not a fan of deep-pan frying so found it easy enough to toss coat in a polenta crust to emulate a fried, crisper outer. 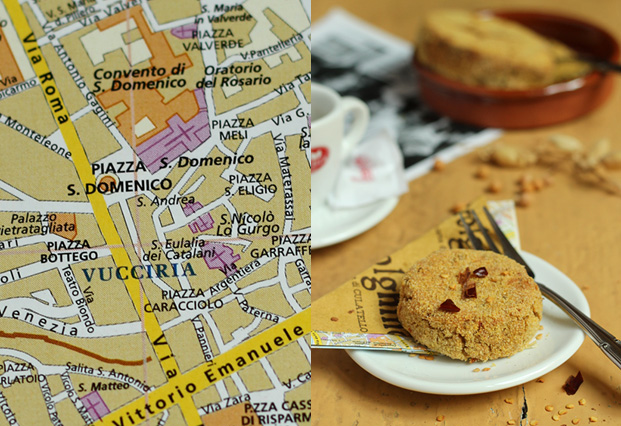 There’s something north African about this bite too, I feel, so I added some ground cumin too. With Palermo circled by a vast bay and port, it’s easy to see the trans-Med influences in Sicilian food, just as ports and trade shaped Malta’s too. I must make a return to Palermo and this time visit Vucciria to see panelle in their glory. 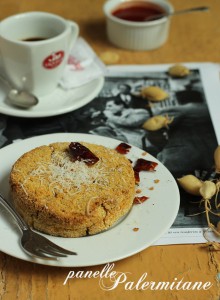