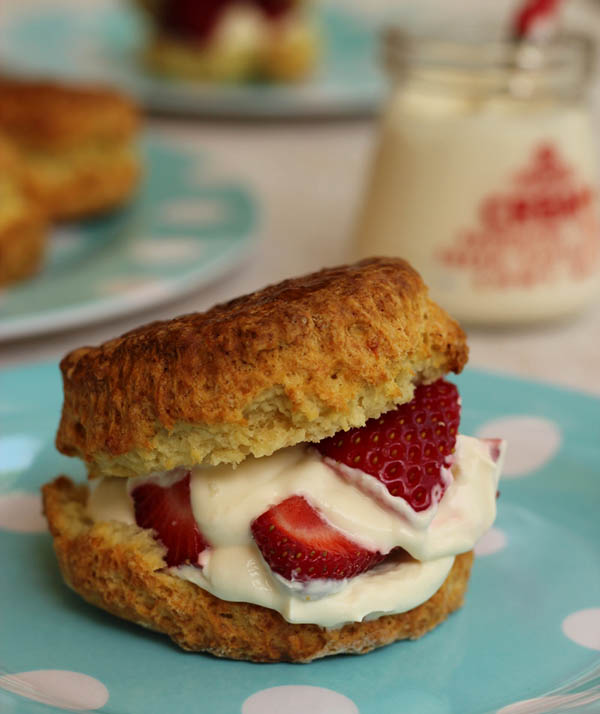 Strawberries that are giant size! Each the size of a small apple. 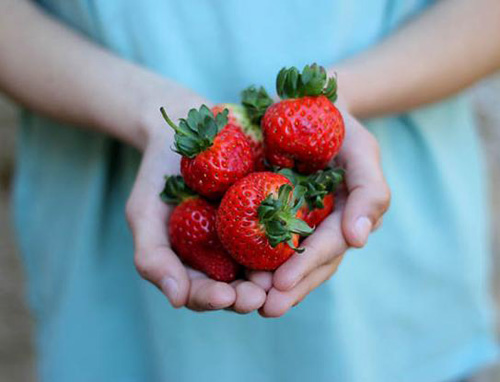 An early start last Saturday to the farmers’ market at Ta’ Qali. Cheap, bountiful and by the crate load. Bustle and jostle your way around to find which stall sells which particular item at its prime and for the best price. Hardened regulars probably know, but I had a job to discern which to plump for – fennel here, eggs there, and then the strawberries…I ended up grabbing two huge punnets (is that the word when they’re large?) at the stall with the crowds around. Has to be good there I thought. 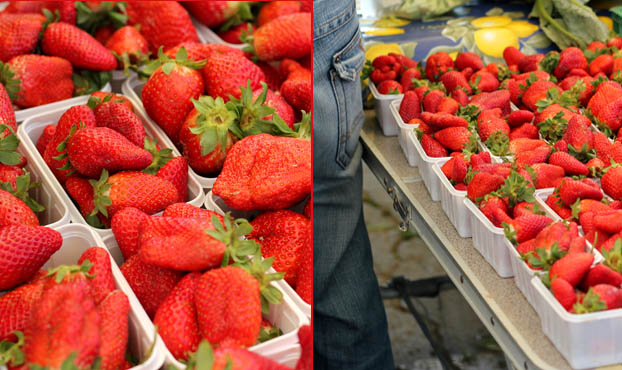 We gorge ourselves on strawberries this time of year. The season starts earlier and earlier; no sooner is festive red pushed aside with the Xmas decorations than red appears once more in our kitchen with the strawberries on sale from mid January. Malta has several strawberry crops a year now, with the last in early summer. So firm and perfect that they need little to set them off. Scones and cream with real strawbs not the sweet mush of jam. The contents will of course fall out when we eat them but the mess is the beauty of scones eaten this way.

But which scone recipe to choose? My 83-year-old father is a scone-making regular. Each time I visit, he’s come up with another superb recipe, downloaded from the Pink Whisk perhaps, or the BBC Food website after another Great British Bake-Off edition! Scones epitomise English-ness, but while simple to make (as a kid’s first cooking session in toddlerhood will demo) they are not easy to get perfect.

Do you add sour cream, crème fraîche, yoghurt or milk? What about raising agent or just use plain flour? And, as I learnt from my dad last time home, don’t use crinkle-edge cutters as the rough sides can burn more easily than if they’re plain cut (I crinkle cut these, too late!). There’s always some new trick to scones! 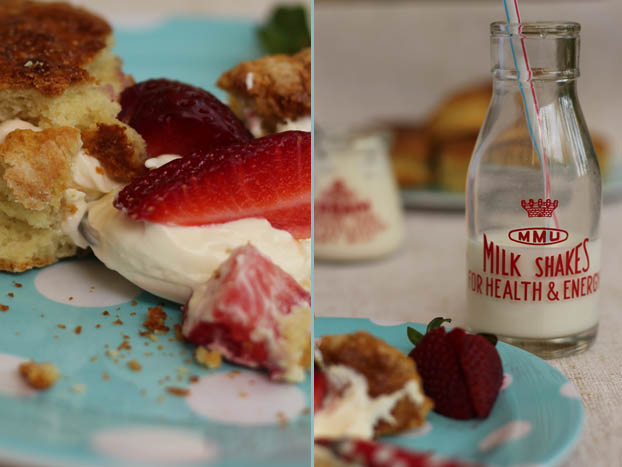 I tried making scones in Austria around 30 years ago when I was an au-pair in Graz. I knew the recipe off by heart but the scones failed, time and again. The flour just wasn’t the right sort. My mother has a German friend who adores scones as one of the best of British ‘cakes’ and that’s in her near 60 years of living in the UK. The scone lives on as my all-time fave Sunday tea (on the rare occasions we have it) despite the lure of Sicilian dessert cakes which Jacob’s uber sweet-tooth prefers. With Maltese strawberries though, the scone really comes into its own.

Mine are from Nigella’s ‘How to be a Domestic Goddess’, p.69 (strawberry shortbreads) and are in fact an American version! I like their crumble so I can soak up the cream in the messy bits. Scones gone truly international then…. 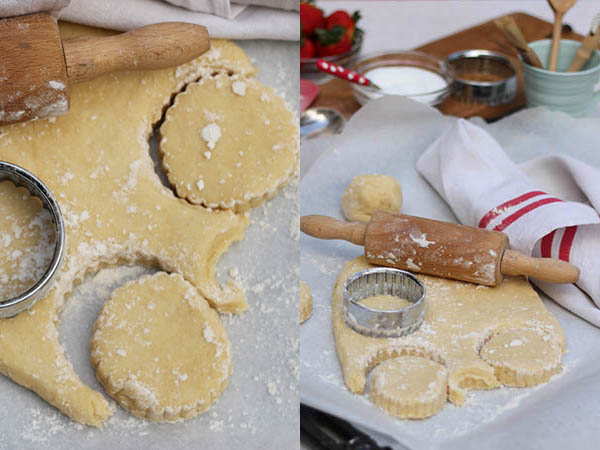