We’re a family of keen fish eaters, J included which is a nice surprise as many young kids won’t touch fish. Red mullet haven’t featured on our home menu a while as they are more challenging to debone, even for adults. The fish shop had meatier, larger ones glistening a bright and fresh orangey-pink on Friday; they were too tempting to ignore. 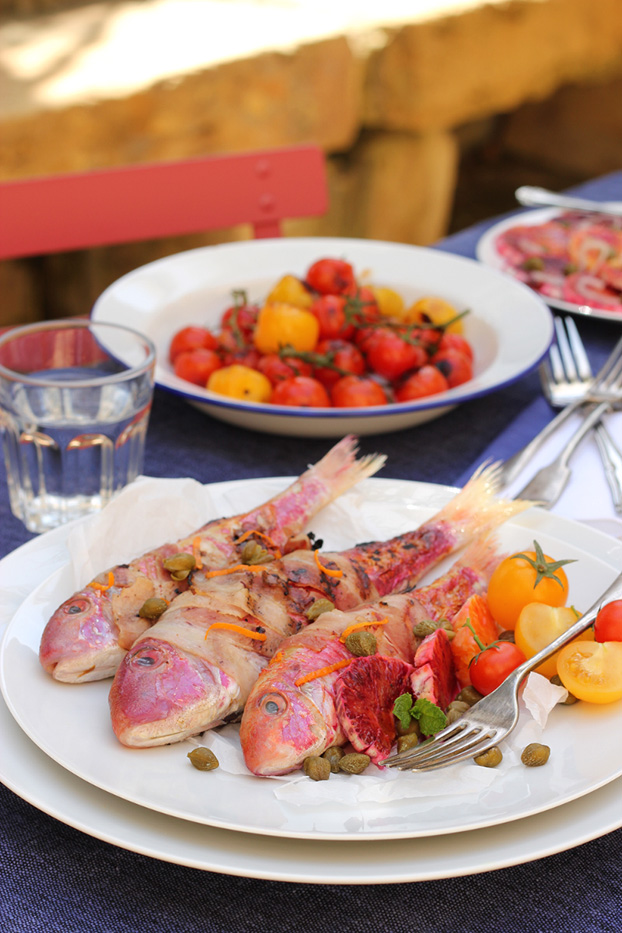 As the weather has held up since my first BBQ outing mid week, the red mullet were simply plonked on the grill to sear wrapped in strips of thin smokey pancetta – a useful trick with fish as the pancetta ensures the fish stays in shape and doesn’t end up stuck, indelibly, to the BBQ grill. 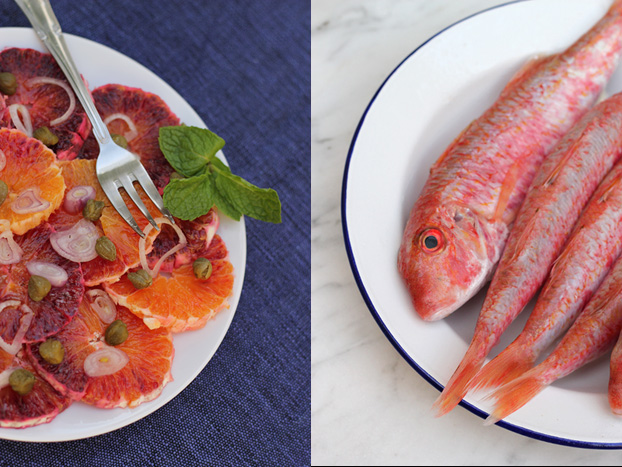 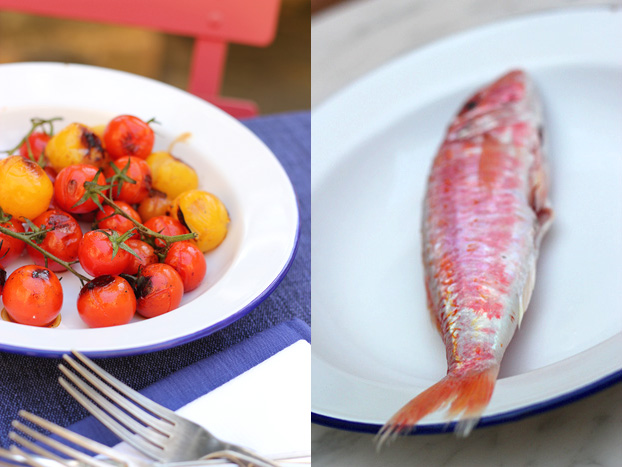 We’ve started eating fish a whole lot more recently, and no doubt summer weather will see it on our plates at least twice a week as it’s so quick to cook and healthy. With the sea just five minutes away from us in Malta, wherever you live on the islands, it’s a no-brainer to eat fish and support our fishermen. Ten paces from my door in the village square, the ‘fish-wife’ has her stall most weekday mornings. Best to get to her before 0715 though when the church doors open after an early mass (she’s strategically positioned right outside) and a jostling crowd of church-goers grab the best of the day’s catch. 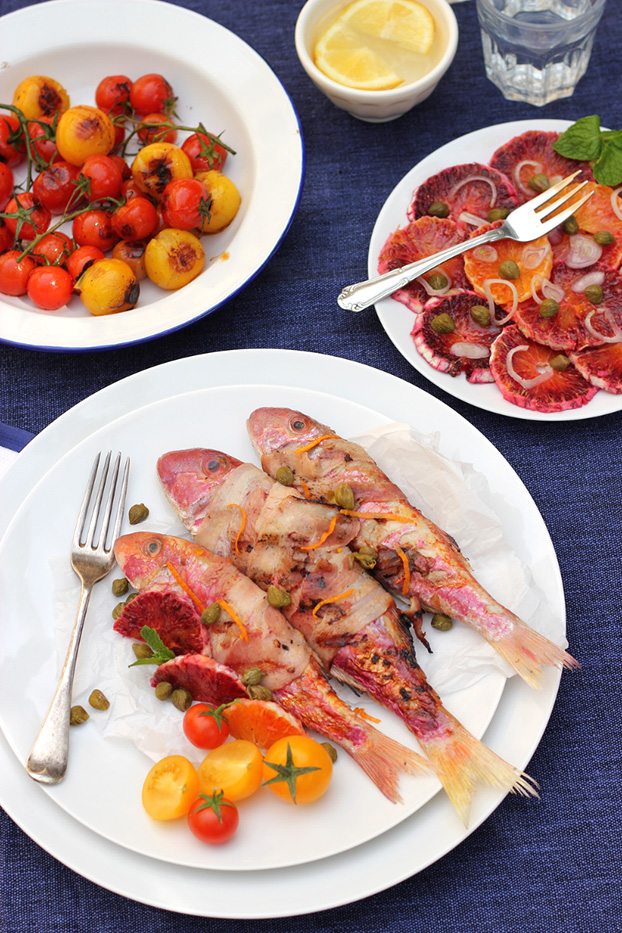 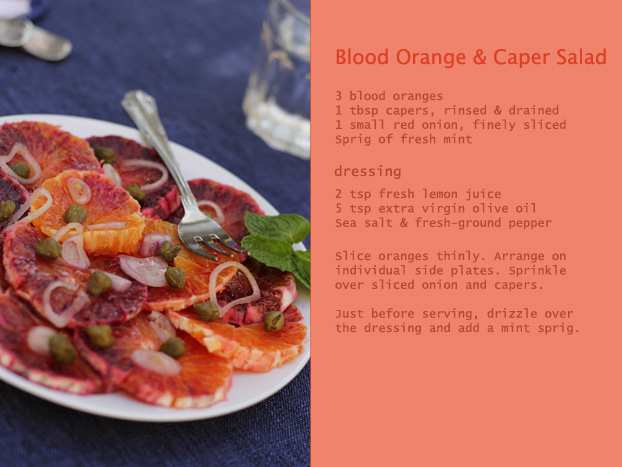 It’s meat-free week in Australia this past week, news of which has arrived in my mail box almost daily and on fellow food blogs. The campaign isn’t about not eating meat but stresses that we should try to eat less for various reasons which include the dubious factory-farming processes and environmentally-unsound aspects of some elements of the meat industry – think provenance and production of our meat these days (and don’t we all know about that in Europe following the recent horse meat scandals?). Sensitising us to seeking out ethically- and humanely-farmed meat is the aim of the Meat-free Week campaign. These days of course we’ve fish farming too. I try to buy wild fish, caught by sustainable fishing practices. More fish, and less but better-farmed and quality meat is something I want to follow through.

If you haven’t tried oranges with capers in a salad, do make this! It’s an amazing combination and ideal eaten alone perhaps with a slice or two of a good Pecorino on top when it’s not accompanying fish. Excuse the Italian in the recipe title – the alliteration of triglia (red mullet) and griglia (grill) was too much fun.