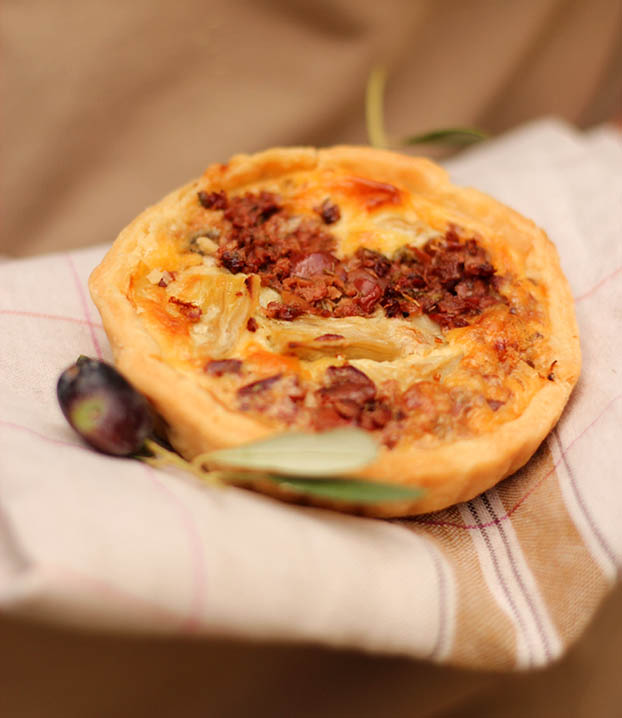 It was a bumper crop this year after five years of a miserly amount of olives on our garden tree. “You’ve killed it,” the husband said three winters ago when I had it pollarded. The olive is now back larger than life in her 2012 vintage year. Ancient olives, like the 200-year-old ones on the farm where we stayed in Sicily, have enormous girths and are squat enough to make picking easy. But our olive loves sprouting high, probably light seeking over the neighbours’ wall. Which meant I had to clamber along the loose stones, stretch up on near tiptoe, to try to reach the very best of the black beauties. 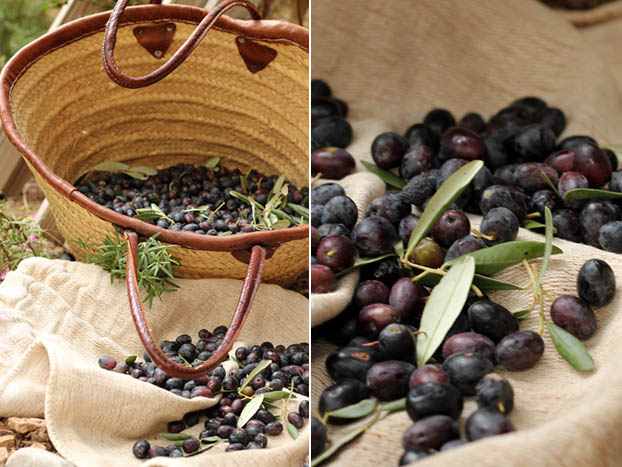 Having survived the rock climbing, I ended up with three basketfuls of olives, and a whole load of twigs to tease out of them before I can preserve them in brine. I decided to make our lunch break an olive-themed affair so chopped up of my last harvest’s olives into a gutsy tapenade and dolloped some on to the artichoke quiches I’d planned. For an extra seasonal twist, I’d added fennel seed to the pastry (fennel works well in sweet tarts too). 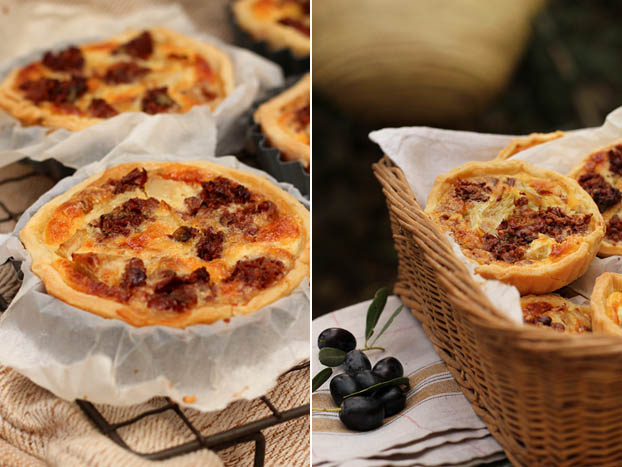 Olives have an ancient pedigree in Malta, not just across the channel in Sicily, even if their career here has been more chequered; cash-crop cotton saw a lot of olive groves grubbed out from the middle ages onwards. There’s a fascinating revival of Malta’s ancient and unique olive type; a genus that it’s thought dates to Roman times on the islands. Apparently, this ancient tree type, some of which are being propagated now for local farmers to grow, has natural insect- and disease-resilient properties. My tree sadly doesn’t; I was completely macerated by mozzies while picking its olives! More on the Malta olive revival project here. Recipe below photos. 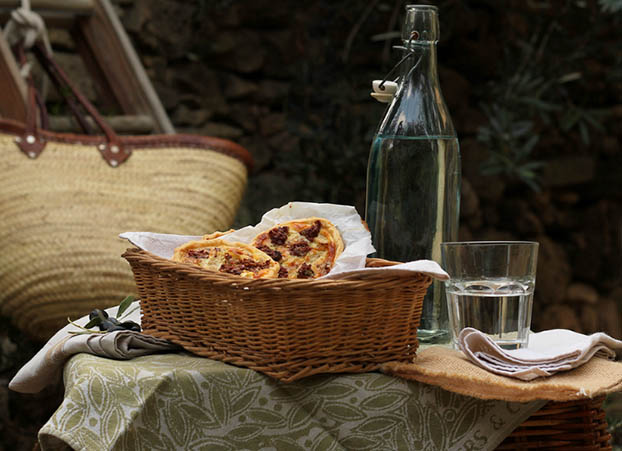 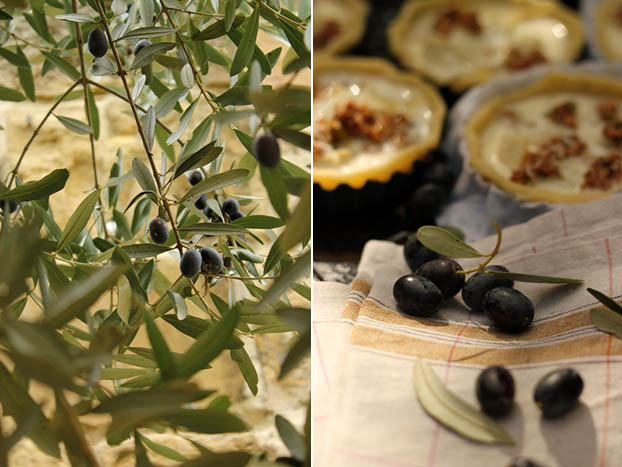 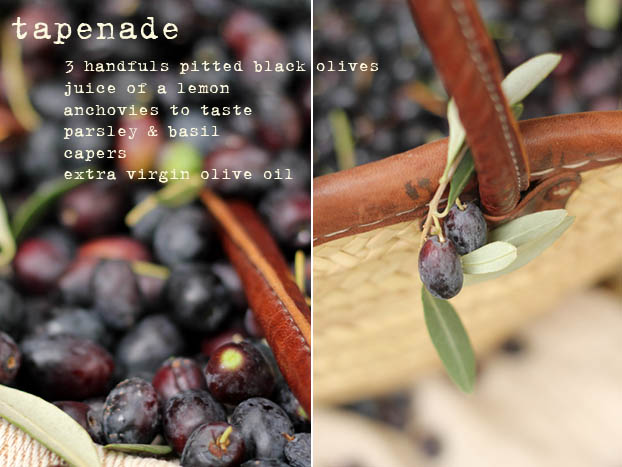 Whiz all the ingredients in a food processor or blender, drizzling in the olive oil a little at a time until you reach a desired consistency. I prefer it rough cut rather than a paste. Top with some chopped parsley. Add chopped fresh chili if you like it hot.

Preheat oven to 180°C. Line loose-based mini quiche or large flan tins with shortcrust pastry and chill for 10 mins in fridge. Meanwhile, whisk together milk, cream and eggs and add seasoning and a little grated Parmesan. Slice up artichoke hearts and place in the empty pastry shells. Place quiche tin(s) on a baking tray and then carefully add the egg-milk mix ensuring it doesn’t overflow the pastry. Dot small spoonfuls of tapenade on the quiches, grate over Parmesan and bake for around 25-30 min for mini quiches and up 45 mins for large size until egg mixture is slightly risen, golden and firm. Turn out on a wire rack and serve warm or cold as desired. Great picnic food!