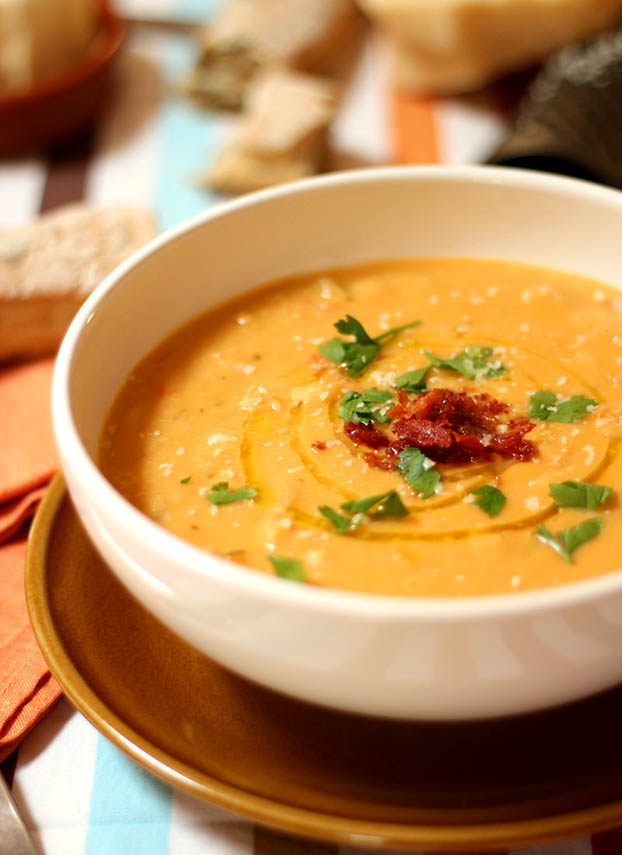 A hearty lunch on a day that’s grey one moment and threatening rain, then sunny the next. Storms forecast this week, so I get soup making as an alternative to the hassle of digging out duvets; in our house, that means climbing ladders to enter inner recesses of various cubby-holes to delve among (moth-free?) bags of winter garb.

Gathering my soup ingredients, I discovered a snail and her baby tucked in the sprig of bay leaves I’d just snipped. Baby, sensing it was out of its comfort zone, slipped on to mum’s back. Lucky for some, I thought – they carry all their scant worldly belongings, season in, season out. Needless to say, only the bay went in to flavouring the soup; I returned the family to their natural habitat. Though the Maltese edible snail, Bebbuxu, is delectable for some! 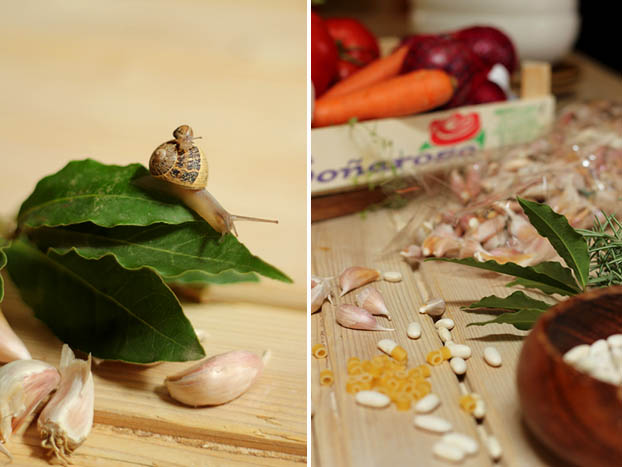 Pasta e fagioli was a regular meal of choice when hubby wintered in Rome years ago. We’d welcome restaurant da Pierluigi’s version to warm us up on bitter nights there. Since clocks went back last Saturday, I’ve longed for something more than salady things for lunch and while this is a hearty soup, it’s just about right for our climate now. I used the Italian name as anything with ‘beans’ in the title gets a guffaw from my men about ‘cowboys and camp fires’. I am sure the Italians don’t recall a certain film when they talk of the Tuscans as bean eaters. Which reminds me, if you’re using dried beans (far better for texture), soak them over night – and hope the weather doesn’t change to blazing hot by the next day or you’ll be making bean salad instead! Recipe below photos. 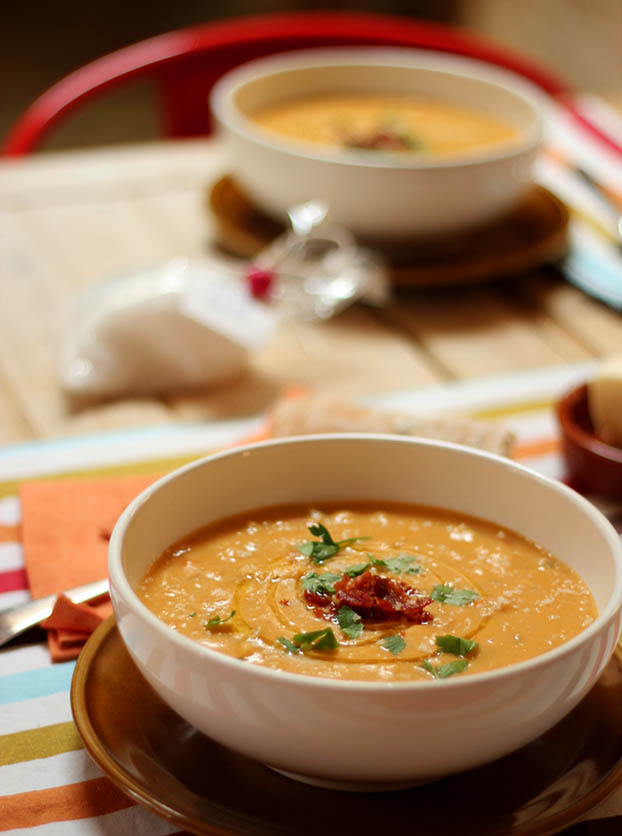 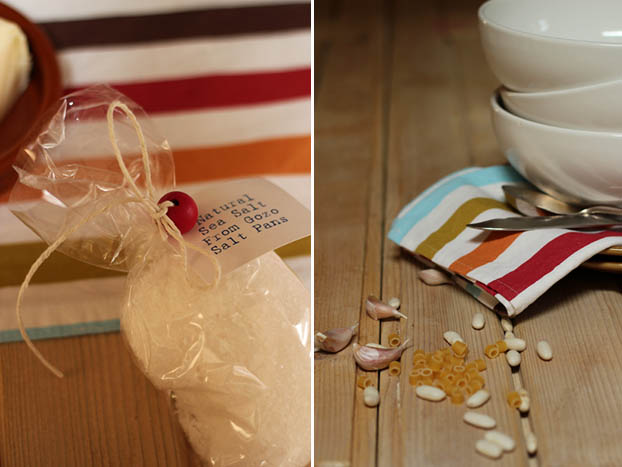 Ingredients (serves 4-6 depending on portion desired)

While the beans are simmering you can start sweating off all the vegetables (except the tomato) in the olive oil in a heavy-based pan. Cover, ensure hob heat is low, and stir from time to time. They take around 10-15 mins to become soft. Half way through, add bay leaves, rosemary sprigs and thyme. Switch off and leave until the adjacent beans are cooked to tender.

Once the beans are ready, heat the veg mix, add the drained beans (canned, if using), then the chopped tomato and toss gently around. Add at least one and a half pints of water/stock and bring to the boil and simmer gently until beans are hot and all the various soup flavours have mingled – around 10 mins. At this point, add the pasta and simmer soup until pasta is al dente. You will need to add more water as the pasta absorbs liquid in cooking. Stir in the pasta at the start so it doesn’t stick to the bottom as you return soup to boil; then reduce to a simmer.

When the pasta is done, turn off the soup and leave to cool removing herb sprigs. Whiz around half to two-thirds of the soup in a blender. The idea is to retain some texture and bite. Return blended soup to the reserved portion in the pan to reheat; season and add more liquid to give your preferred consistency. Serve drizzled with olive oil and topped with some crisped-up pancetta, Parmesan and chopped parsley. Ideal with crusty rolls; we served ours with olive bread.