Prickly pears were not a love affair at first bite. 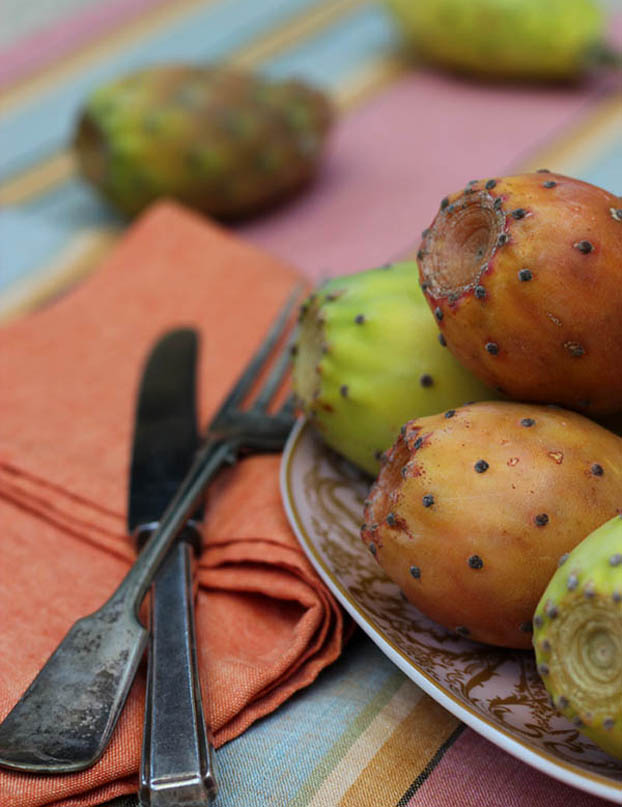 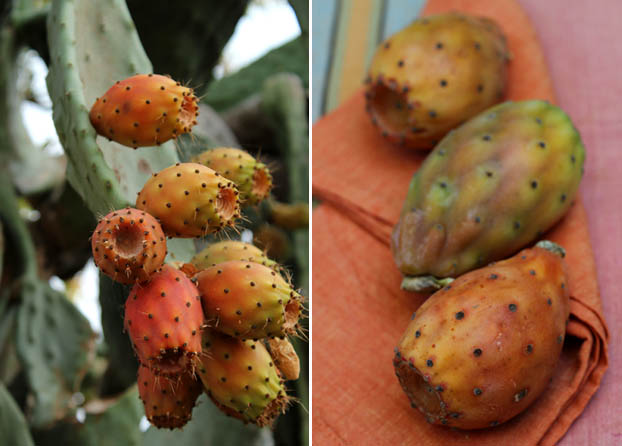 “You eat this?” “Yes”, he said. I bit into the pimply fruit dubiously. And rightly so for the next moment I felt my lips were on fire. Bristling with microscopic hair-like spines. Not the enormous truly lethal ones of the outer peel, but the fine downy deceptive ones that form a second protective, an almost unseen barrier. Three days later, and I was still smarting from that first bite. 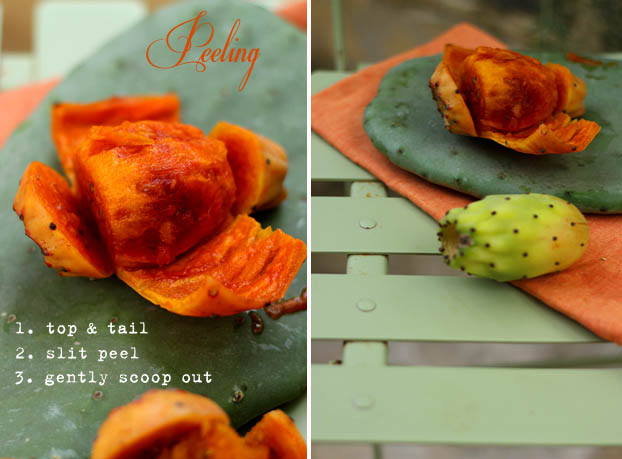 That was my later-to-be husband’s way of giving me an insight into Malta on my first trip here well over 20 years ago. It was early September. The islands were parched and dusty and the prickly pears (Opuntia Ficus Indica) had started to ripen. He’d bought the ‘peeled’ pears from an old lady squatting on a low stool around a bucket of water filled with jostling fruit. Perhaps she couldn’t see so well. Perhaps her ancient knarled hands were immune to the spines.

Anyway, it’s taken all this time for me to pluck (no pun intended) up courage to try to eat another. I have no recipe as I want to try them as they should have been back then. Simply peeled (only this time, I can blame only myself if I get a spine). What do they taste like? With luck, I am about to find out.

In Malta, the prickly pear is humble food, found still in some village square sold by the self-same old women of years back. Supermarkets sell them too, but they are there to pick on waysides if you wish, heavy-duty gloves on. There’s a company that makes a liquer from them, and a local deli label or two making prickly pear jam now. Others in Malta are looking at the ethnobotany benefits which include, I read, the Ficus Indica’s power to work on alleviating acute stress in high-octane sports.

The fruit can be red, deep wine-red, green or yellow-orange and once peeled (under water apparently nullifies the spines’ ferocity) it is served chilled, lasting around two days in the fridge.

Malta doesn’t really make much use of its abundant prickly pear supply. Our Sicilian neighbours treat it far more adventurously making candies, granita (slushy ices), ice creams, and jellies from it, as well as serving it up as dessert in restaurants ranging from casual trattorie to those listed in the esteemed Michelin Guides. The prickly pear is versatile, and equally at home in savoury dishes as in sweet.

It can make a refreshing drink, and it certainly makes an interesting, pink-coloured Maltese liqueur called Bajtra, which some tourists buy as a curious memento of the islands.

My verdict on taste? Once I’d got a whole mouthful of pips out, it is sweet and moist with a flavour similar to watermelon, honeydew melon, strawberries and figs. But, I’ll juice it next time to make a jelly, as those pips take patience!